After having had the good fortune to have met Mim Grey multiple times during the past few years, I knew she had to feature in a blog post. Mim Grey's debut album "Grey Matters" was released early last year and it is a brilliant debut album.

Mim has worked with such acts as Mantronix and Kylie Minogue in the past and has honed her voice and her songwriting talent well. All of the songs in her album are written by herself and her American songwriting partner Cori Josias. If you meet the two of them you can see that they make a very good team and seem to work well off each other, something that is evident throughout the album. Mim makes no secret that a lot of the tracks in the album are about her and experiences she has had but this just serves to enable her to fill the songs with so much emotion.

About half way through there is a brilliant hook by the name of "Sunday Best". Mim showcases her brilliant harmonica playing at various points in this song and you just can't help but tap your feet. She surrounds herself with more melodic, slower songs throughout the rest of the album. From the beautiful "Too Pretty To Cry" to the haunting "Angel", although I would have to list my favourite as being "One More Time". This song links to Joni Mitchell and she is credited as some of her lyrics are used but you truely can just loose yourself in the melody and lyrics of this song. I have heard Mim sing this song live three times and have listened to it multiple times at home but I never grow tired of it.

While Mim relates a lot of her songs to her personal life, I also find it easy to relate it to mine which definitely opens her to a wider audience, who will also be able to relate to her songs. She sings about being "too pretty too cry" and tells "what I wouldn't give just to see you smile". It is easy enough to research Mim on the internet and to see what she's been through but Mim never publically appears to dwell on that and I for one applaud her for staying strong. She is a lovely sweet person and deserves all the success that she gets.

A definite five stars for this one, can't wait for the next album! 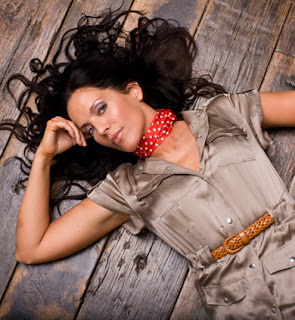