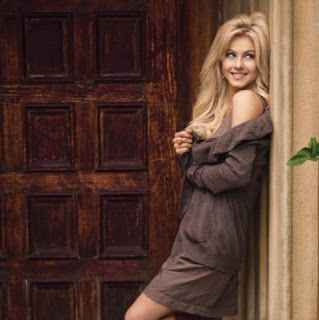 Whilst many people when they hear the name Julianne Hough will either say "who?" or "isn't that Derek Hough's sister?" I personally feel you have to know Julianne Hough as a seperate person.

Julianne started as a professional dancer and since dancing her way through many seasons of the US show Dancing With The Stars she is also signed to Mercury Records and released her self titled debut album in 2008 which debuted at #1 on the Billboard Country Chart and #3 on the Billboard 200.

The majority of Hough's first album is upbeat and gutsy but there are a few songs in there that make a listener sit back and think and really show that Julianne is not simply a one trick pony when it comes to her music. "Hide Your Matches" for instance shows another side to a woman who always puts on a smiling face for the media at large. It is generally calmer and with a deeper meaning than other songs on the album such as "That Song In My Head". However, the gutsier and more upbeat songs don't disappoint in terms of having a message as well. A song such as "My Hallelujah Song" for example has a definite different view from songs such as "Hide Your Matches" but it is this that keeps the album interesting and brings listeners back.

I have never seen Julianne Hough live but it is clear to anyone from her videos on Youtube that she has a lot of energy. In an attempt to get her name out there she has supported some of the biggest acts in country music (such as Sugarland and Brad Paisley). She is also working on her sophmore album currently, something that I look forward to greatly. Five stars from me, I can't wait to see what she continues with!
Email Post