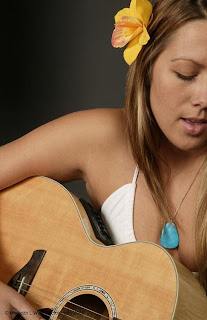 Colbie Caillat is an American singer-songwriter from Malibu, California. She was spotted when her music videos on the Internet site Myspace began to score thousands of hits and this led to her becoming the number one un-signed artist in her genre for four consecutive months.

Her debut album "Coco" was released in 2007, to rave reviews. "Coco" is full of fun, light songs but definitely shows that Colbie is a force to be reckoned with. It's obvious from her music that she really enjoys what she does. Her debut single from the album "Bubbly" peaked at number #5 on the Billboard Hot 100 chart. I was listening to Colbie when her debut album first came out and this album simply caused me to want even more from her next one.

When her second album "Breakthrough" was released in 2009, I was very excited to see what this would bring. Admittedly, while I was impressed and re-played the album many times, I feel Colbie hasn't quite gone where I would have liked her to go after "Coco". There are some really gems on "Breakthrough", such as "Rainbow" and "Fallin' For You" and it's backed up with a lovely reggae version of "Begin Again". However, Colbie also released a special album with seven extra tracks (this is the copy I have) and this is one of the points where I feel that she's gone slightly off. Unfortunately, it is almost like Colbie has tried to cram too many songs into an album when she could have settled with the original twelve.

"Breakthrough" is also very similar to "Coco". You can tell that Colbie has grown up a lot between the two albums and that's only to be expected from an artist. While I would never want Colbie Caillat's music to change too much, to do feel that she could have done something different with her second album, or at least included a variety of different songs and melodies. 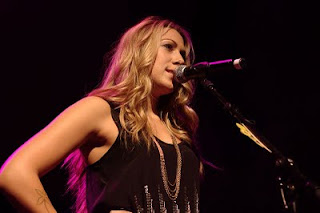 On September 12th 2010, at one of her concerts, Colbie announced that she was working towards her third album, to be released in 2011 - it has since been reported that the album will be called "All Of You". As of the moment, the only thing to have been released from the album is the first single "I Do". Having only recently listened to "I Do" I am so happy to say that I love the song. It still has all the elements of a typical Colbie Caillat song but it also has other elements in there. It is still very relaxed but a lot more upbeat than "Breakthrough". I look forward to seeing what the rest of the album brings with its July 12th release date.

In my opinion Colbie is definitely developing as an artist and by the sounds of "I Do" is developing in a way that will keep listeners coming back for more. Four stars from me for someone who certainly knows what her personal identity is.
Email Post