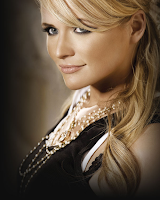 Miranda Lambert is an American born country singer-songwriter from Texas. Her music is perhaps most similar to that of Jennifer Nettles (Sugarland) or Martina McBride and her southern Texan accent comes out strongly both when she speaks and when she sings. She gained fame when she finished third place in the 2003 series of "Nashville Star" and when she then signed to "Epic Records"

Miranda has released three albums in her career so far, entitled "Kerosene", "Crazy Ex-Girlfriend" and "Revolution". She made her debut with the single "Me and Charlie Talking" from her then debut album "Kerosene". "Me and Charlie Talking" is a very strong song and serves to give a good introduction to the type of music that Miranda likes to sing. She sings a lot of gutsy, powerful songs and seems to have great fun doing them.

As her career progressed Miranda earned more honours in the charts and transfered over to Columbia Records for her second and third album. She has managed to stay true to herself since she first started on 'the scene' in 2001 and has ten years of making music under her belt. Miranda is a regular at Nashville's yearly CMA Fest and spends a lot of time with her fans while she is there. 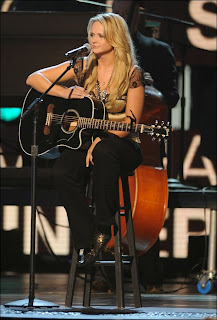 She is a very talented singer and has written most of her songs throughout her three albums. She has been on a lot of tours in the US as well as her time at the annual CMA Fests and by doing this has been able to get her name out and about in the US. Miranda has a very strong southern country sound to her music but it is in a way that it is still easily listenable to people who are new to her music.

In concerts and from her videos you can see that Miranda is definitely at ease with her music and comfortable with a guitar and microphone. She keeps crowds entertained easily and her catchy, melodic songs keep listeners hooked and keeps them coming back for more.

I can only wait hopefully for Miranda to come over on tour to the UK but up until then I would definitely recommend her to other people. I would probably not recommend Miranda's music as an introduction to country music, more as a further progression of an interest, definitely worth checking out! I would recommend "Famous In A Small Town" as the one Miranda Lambert song to listen to if you don't listen to any others. She gets four stars from me!
Email Post