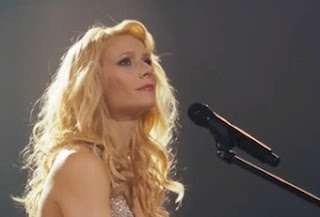 I finally got round to seeing the movie Country Strong today. It has been to cinema and recently come out on DVD. Many people may know Country Strong as 'the movie that Gwyneth Paltrow sings in' and it certainly is but there is also a lot more to it than that.

Gwyneth Paltrow sings two main songs during the movie, Country Strong and Coming Home, both of which are brilliantly written songs and beautifully sung by Paltrow. Paltrow's character Kelly Canter is a struggling country singer just come out of rehab and songs like Coming Home fit perfectly with the struggles of her character.

Gwyneth Paltrow is also joined by a competent supporting cast of Tim McGraw, Garret Hedlund and Leighton Meester. Considering Tim McGraw is a country singer rather than an actor he does very well in the movie and works well as Kelly Canter's husband. He is however unfortunately the only main character that does not sing even one song, something that in my opinion is perhaps an oversight by the producer considering Tim McGraw's obvious strengths. Garret Hedlund and Leighton Meester do very well in this movie with Leighton Meester performing a beautiful version of Rascal Flatt's Words I Couldn't Say. 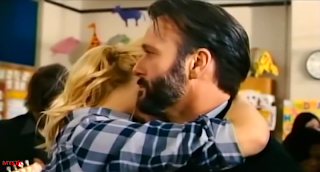 With the movie in general I feel it helps if you already have a knowledge and a like of country music but if you can get past not necessarily liking the music it is in fact a very good movie and the four main actors and actresses meld very well with each other and each have their own interweaving storylines. It has been vvery good for Gwyneth Paltrow and has given her a performance at the Country Music Awards alongside Tim McGraw on the back of the movie. I definitely enjoyed the movie and would give it four out of five stars.
Email Post