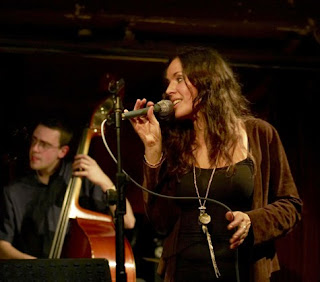 Regular blog readers will know that I'm a big fan of Mim Grey so I was very happy to be given the opportunity to hear Mim's new album, Chasing Tigers, in it's entirety. Chasing Tigers is the follow-up album to her 2010 debut release Grey Matters and I'm sure it's going to do well for her.﻿
Set to release in about a months time, Chasing Tigers is a very strong sophomore album from a brilliant singer. All of the songs on the album are different from each other in some way and show Mim's vocal skill and maturity well. The album as a whole has more of an earthy feel than Grey Matters, something that is added to with the use of an electric guitar on some of the tracks and there is also more of an upbeat feel throughout the whole album than her first album, with many songs making me want to tap my feet throughout.

My favourite song from the album would have to be Mr Big Man which is also set to be the first single. It has been really interesting to be able to hear the song both at Pinewood Studios in the production process and then as a finished item on the album. The use of the electric guitar and hand claps on the track really adds a bluesy, rocky feel and it is a track that just makes me want to turn it up loud every time I hear it. The breakdown at the end of the track is really good and very wisely put together. 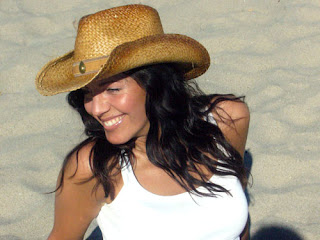 Other standout tracks from Chasing Tigers would have to be Chasing That Tiger, Lazy Daisy and Little Piece Of Glass, all of which are different enough to keep a listener interested but still have the quintessential Mim sound. Chasing That Tiger has echoes of Too Pretty To Cry from Mim's first album but it also has a much more developed sound and it shows Mim's vocal maturity well.

The other tracks on the album are Travelling Star, Don't Drop That Bomb, Chesapeake Bay, Carry Me Home, Blue Dress, Melting, The Ways Of Love and Miles From Somewhere. The arrangements on all of the songs are all very well thought out and mastered and lend themselves to repeat listening.
Mim has a very skilled group of musicians around her throughout the album. She is joined by Pete Billington, James Deane, Steve Vintner, Nick Pugh, Tom Jaworski, Chris Fletcher, Melissa Wickens, Cori Josias and Ben Robbins, all of whom bring their considerable talents to the album.
I've tried to be as objective as possible when listening to this CD but after thinking for a long time I really can't find a weak song on this album, not even a song I don't like as much as others. I can't wait until the album is released and Mim tours, I know I will certainly be going to a few gigs! I would definitely recommend buying this album once it's released. I will post a release date as soon as I can and closer to the album release I'll post a full review of the tracks. A definite five stars from me!
Email Post