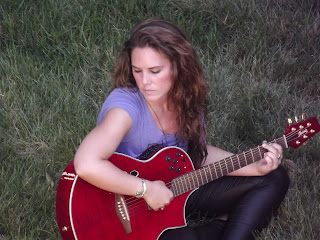 Megan Burner is an American country singer-songwriter originally from Oakland, Maryland. She moved to Savannah, Georgia in 2007 and found her way to Nashville in 2011.

Megan currently has seven songs available in the UK which are Bag Of Pearls, Let Me Love You, Magic Spells, Something Like This, The Star, Why Do I Try and Yeah - all of which have been well received in America.

I was lucky enough to be able to see Megan live at "Baileys' Sports Bar" while I was in Nashville. She played a small concert alongside Darryl Horne. As well as singing some of her own songs, Megan and Darryl shared vocals and treated us to their versions of songs such as Sugarland's Stuck Like Glue which were all brilliantly done. They also sang some reggae, blues, funk and of course other country songs. 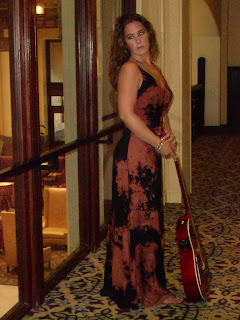 Megan's songs are ultimately country but all have different influences. The chorus of Bag Of Pearls, for instance has a substantial reggae influence, something that Megan does well. Her newest release to the UK, Let Me Love You has definite gospel hints. Megan has a very strong, naturally deep voice and can confidently sing a variety of genres and pitches, something that is evident from her live performances as well as her recorded songs.

It was very hard to decide but I think my favourite song of Megan's is Magic Spells. It starts off simply and then the chorus is brilliantly well done with the introduction of hand claps and backing vocals. I was amazed to find out that Darryl Horne is in fact the only musician to play on Megan's songs, which is very impressive considering the amount of different instruments and the quality with which they are played. Darryl is obviously a very good musician and works with well Megan during live performances as well.

Megan doesn't currently have an album out but she is writing songs to put towards her upcoming EP. Certainly by what I heard both live and by listening to her singles I can't wait to see what she ends up with. Definitely five stars from me, I'm really excited for more of her music!
﻿
Email Post