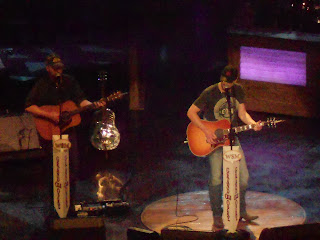 Eric Church is an American country singer-songwriter originally from Granite Falls, North Carolina. His first album, Sinners Like Me, was released in 2006 and this was followed up by Carolina in 2009 and Chief in 2011. Eric Church has opened for many well respected country acts in the past, including Miranda Lambert, Toby Keith, Rascal Flatts and Jason Aldean. He is also headlining his own "Blood, Sweat and Beers" tour.

Eric has recieved a lot of chart success already throughout his career, for instance with Chief going to number one on the Billboard 200 and Top Country Albums charts. His second and third singles from Chief - Drink In My Hand and Springsteen respectively - also reached number one in the Hot Country Songs chart. 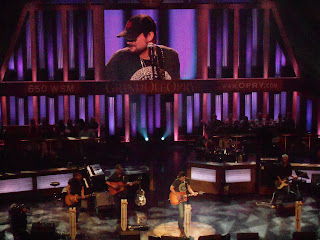 My favourite song from Eric Church is probably Springsteen from his latest album Chief. He has recieved a very good response for this song from fans and critics alike. The song is very well written and has both a very strong melody and is very strong lyrically. Another very strong song from Chief is Drink In My Hand. It is a very catchy song and the hook encourages people to sing along.

Perhaps my least favourite song of his is Creepin' which is the fourth single from Chief. Currently, Creepin' has been the least successful single released from Chief, charting at twenty-four on the Hot Country Songs chart. I feel the instrumentalisation doesn't quite work behind the track and it is definitely not as strong as his others. 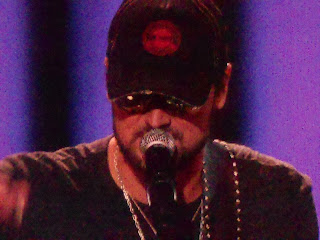 Whilst I was in Nashville I was lucky enough to be able to see Eric Church live at the Grand Ole Opry. He is a very accomplished live performer and held the attention of the crowd easily. We were treated to some of his most recent hits from his newest record including Springsteen, Jack Daniels and Drink In My Hand, all of which had the audience singing along loudly.

Although he got in to trouble for his comment about American talent shows, it should be appreciated that Eric Church is a very good vocalist although during his Opry performance I did feel he was sometimes too focussed upon the performance and over-acted occasionally. This hasn't however stopped me liking his music and I feel he should definitely consider a tour of the UK. Four stars from me! ﻿
Email Post