Grace Potter & The Nocturnals - 'The Lion, The Beast, The Beat' 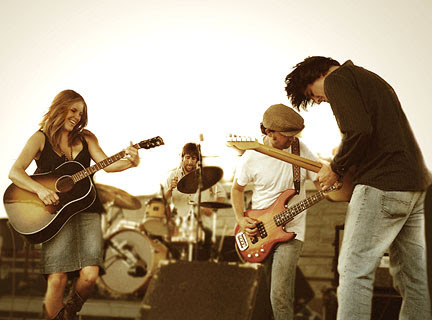 Grace Potter & The Nocturnals is an American band from Vermont. The band were formed in 2002 and while they have been placed into many genres, I feel they fit best into 'country rock'. They were signed by Hollywood Records in 2005 and since 2004 have produced eight albums including three live albums.

Grace Potter has also guest vocalled on a few tracks and sung tracks for movies and tribute albums without her band. Grace is also currently receiving an increasing amount of good publicity for her duet with Kenny Chesney on You And Tequila and her backing vocals in his song El Cerrito Place. One of the first tracks I heard from her singularly was the brilliant Something That I Want. The song is in the Tangled movie soundtrack and is also seen in One Tree Hill where Grace duets on the song with Bethany Joy Galeotti. Both arrangements of the song are very strong but my favourite is probably the duet with Bethany Joy Galeotti.

Grace Potter & The Nocturnals' most recent album, The Lion The Beast The Beat, was released on 12th June this year. It features some very strong songs, particularly the title song. The Lion The Beast The Beat is a very powerful song, helped by the strong drum beat that creates a rock feel. The beginning of the song is very well crafted and Grace's vocals sound almost haunting. After the first chorus, the song begins to build as more guitar is added and the drum beat quickens. Although the instrumentalisation is a lot thicker when Grace starts singing again, this doesn't overpower her singing. The song is firmly a rock song however the band are so diverse they can sing songs from most genres successfully. 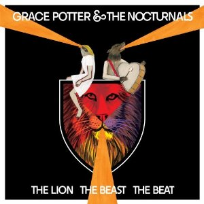 The album turns towards country with perhaps my favourite song, Stars. The song has a soft flow, different to more upbeat songs like Never Go Back. Grace's different voice really suits slower songs. Many people will probably compare this song to Lana Del Ray's songs however I feel Grace is a much better vocalist. There are some earlier songs from Grace Potter & The Nocturnals that I'm less fond of however I'm very impressed by the band's latest album

You can see from the bands videos (or live performances) that they really enjoy performing and whilst they often play dates in the UK, I would love to be able to see the perform live. Four stars from me!
Email Post