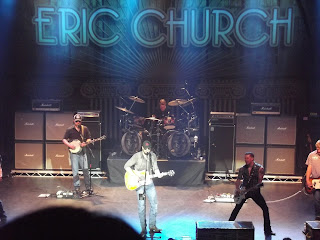 Wednesday 24th April. The date Eric Church finally came to London. The atmosphere was electric even before the doors opened and the anticipation resonated throughout the venue.

Having never been to The Forum before I was unsure what to expect but was pleasantly surprised once the doors opened. The building has quite an un-imposing facade but is similar to the layout of Shepherd's Bush Empire once inside.

From the opening chords of Creepin' through to the last lines of Springsteen Eric held the crowd in the palm of his hand and effortlessly performed each and every song. It seemed he was originally unsure how the crowd would react, something that changed when everyone in the audience sang the final line of Jack Daniels back to him. He was visibly shocked and happy by this and then seemed to revel in the crowd's enthusiasm and lyrical knowledge.

My favourite song of the night would have to be his performance of Like Jesus Does, closely followed by Springsteen, both songs coming from his current album. Whilst Eric does the rockier songs very well I did think it was the acoustic songs in his set where his voice really shone, with all of the songs sounding exactly like they do on his albums, something that seems to be rare with a lot of artists.


Whilst he shone during his acoustic songs, he also performed the rockier songs well, with my favourite of those being Drink In My Hand. Whilst the production was quite loud at points it just served to add to the atmosphere of the night and left fans wanting more. He also deviated from the setlist slightly to add in A Country Boy Can Survive by Hank Williams Jr - a very good cover!

Although it hasn't been officially announced it seems Eric plans to return to the UK later on in the year and I would definitely recommend buying tickets. He is very different to a lot of his male contemporaries but this is certainly no bad thing. 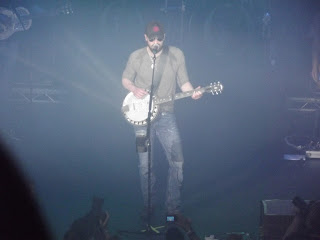 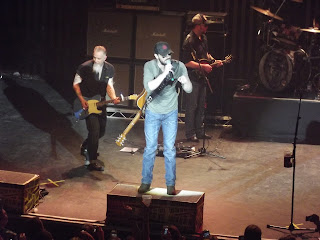