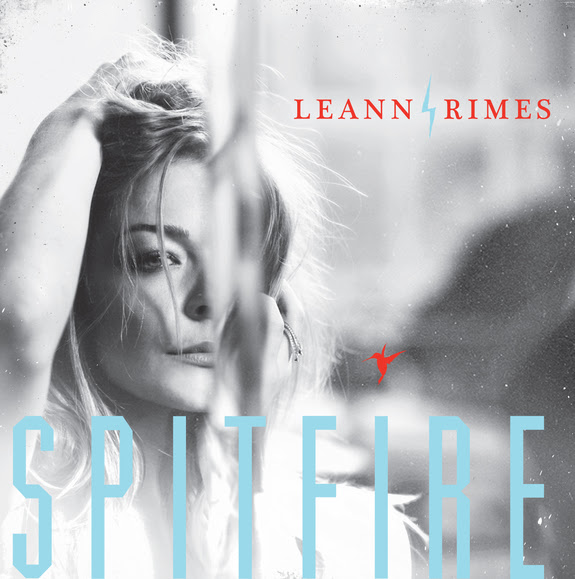 LeAnn Rimes is a name known to many country fans after having released fourteen albums over twenty-two years. Her newest album Spitfire was released here in the UK as a download on 15th April and as a physical copy on 22nd April. It is certainly unusual to have an artist release their album to the UK before the US release (the album isn't released till 4th June in the US) which is possibly partly due to LeAnn's performance at last month's Country To Country Festival.

The line "The truth. In no particular order" on the back of the album promises that the album is going to be mainly autobiographical, with LeAnn writing 8 out of the 13 tracks. It is also nice to see LeAnn firmly back in country music after having released more pop sounding tracks in the past. The lead single Borrowed is a lovely song reminiscent of How Do I Live and addresses LeAnn's very public affair with actor Eddie Cibrian. The simple instrumentalisation really suits her voice and allows the vocals to shine through on what is a very heartfelt song.

A favourite song of mine is What Have I Done which features Alison Krauss and Dan Tyminski. In terms of the instrumentalisation it is similar to Borrowed however I ultimately prefer this song out of the two. LeAnn pours emotion into the song and carries listeners through the story being told in the lyrics.This is also one of the more remorseful songs on the album and helps to bring the collection together nicely.


Another favourite of mine is Gasoline And Matches. This track is completely different to the two previously mentioned songs in that it is a lot rockier and features a heavier instrumentalisation. The introduction of the male vocals on the song also adds to the appeal of the track and the overall rocky feel.

My least favourite song is You Ain't Right. Whilst the message behind the song is a clever one and I like the chorus, I do find that the verses just seem like there are too many lyrics to fit in to too short a space and this is frustrating.

I was unfortunately unable to see LeAnn at the Country To Country Festival so I was glad to hear her announce a short UK tour in September. You can find the full tour dates here and having heard various people's feedback from the Festival last month I'm sure it will be a great tour and something definitely worth checking out. I would also definitely recommend purchasing the album even if you are not necessarily a country music fan.