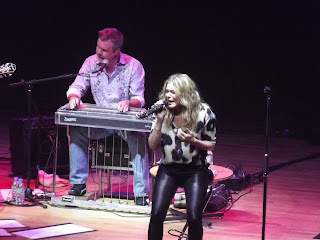 Last night LeAnn Rimes took to the stage at the Symphony Hall in Birmingham and showed off a superb vocal even whilst battling laryngitis. The singer had to cancel her Dublin gig a few days before which led to a lot of apprehensive fans in the run up to this concert but all were happy to see LeAnn take the stage shortly after 9pm.

American singer-songwriter Logan Mize was the opening act for the night and seemed to impress the Birmingham crowd however I missed his set as I was able to attend LeAnn's meet and greet. We were treated to a brilliant acoustic version of To Make You Feel My Love and then LeAnn posed for pictures with everyone in attendance and signed a poster.

She took the main stage a few minutes later to strong applause. Although she had said she was dosed up with medication LeAnn delivered effortless, heartfelt vocals throughout the whole show supported by her excellent band (Rusty on Steel Guitar, Greg on Guitar, Joeie on Bass and Chris on Drums). She was clearly comfortable on the stage and switched between songs smoothly. Her set list mixed older songs such as hits Can't Fight The Moonlight and How Do I Live with newer favourites from her new album Spitfire. 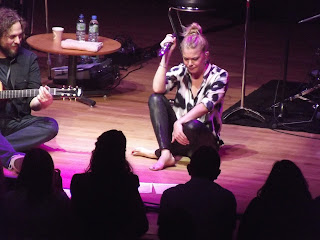 I was thrilled to hear her sing my two favourites from her new album, What Have I Done and Gasoline & Matches. LeAnn's soaring vocals throughout What Have I Done left the venue in silence and you could tell the song meant a lot to LeAnn. Gasoline & Matches is a very different track and has a lot more of a rockier feel. On the album LeAnn sings the track with Rob Thomas from band Matchbox Twenty and for the gig tonight she sang with her lead guitarist Greg - who has an impressive voice himself! The track really rocked and you could tell they were both having great fun. LeAnn also told the audience that Gasoline & Matches will be the next single.

The last track of the set was a beautiful performance of Mike Reid and Allen Shamblin's I Can't Make You Love Me (originally performed by Bonnie Raitt). LeAnn had said before starting the track that she doesn't often sing it but I for one am glad she did as she sang a really lovely rendition of the song. After then leaving the stage, LeAnn was pulled back for an encore performance of the Leonard Cohen track Hallelujah. After jokingly saying her shoes were too uncomfortable now she took them off and sat down on the floor of the stage with just her guitarist. Whilst Birmingham Symphony Hall is quite a large venue that song specifically felt like such an intimate performance and one that LeAnn poured emotion into. It is definitely also worth mentioning Borrowed. As LeAnn suggested, lyrically the 'flip-side' to What Have I Done and again another gorgeous performance. 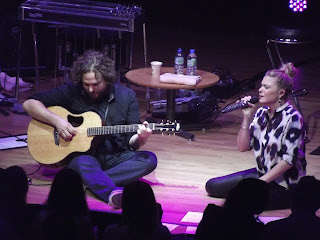 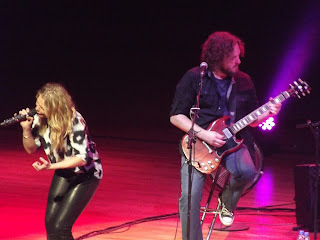 I feel I could go on and on about the strength of LeAnn's performance last night. The whole night was testament to LeAnn's impressive career (it has been almost 20 years since her debut album was released) and shows that you don't need gimmicks and dancers when you have such a strong voice and impressive stage presence. I find it rare to hear the audience only singing along to some of the songs however LeAnn is able to exude emotion so successfully that the audience were simply caught up in the performance.

Spitfire is an impressive new album and LeAnn backs this up with an incredible live performance. She is over in the UK for a short tour and has shows in Glasgow, Manchester and London left and I am sure these audiences are in for a treat. If you don't already have the album I would recommend a purchase (you can find my review here) and if you are able to attend any of her concerts I would strongly suggest it! I really hope to see her back in the UK soon.

Thanks to Malcolm Stone for the pictures.
Email Post