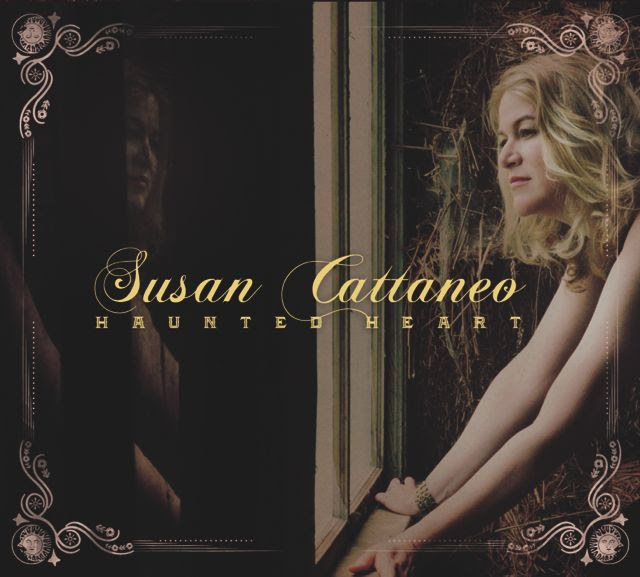 New Jersey native Susan Cattaneo is set to release her fourth studio album Haunted Heart on 21st January. Her previous releases have been Brave And Wild in 2009, Heaven To Heartache in 2011 and Little Big Sky in 2012. Susan develops upon the sound that carried through her first three albums and Haunted Heart feels like it has more of a grittier sound than previous releases, something that she deals with well and shows a good development as an artist.

One of the more upbeat tracks on the album, Lies Between Lovers has a bluesy feel and the instrumentalisation also adds a slight soft rock feel to it. The chorus is just accompanied by an electric guitar riff and the verses have a distinct feature on the drums. Susan's vocal rises above the instrumentalisation and the overall production and vocals makes this one of my favourite tracks on the album.
Another track that is definitely worth listening to is Queen Of The Dancehall. Completely different to Lies Between Lovers, the instrumentalisation is a lot smoother with the main accompaniment being an acoustic guitar. The overall production also gives the track more of an Americana feel. The lyrics in the track tell a great story and this is one of the points in the album where for me Susan's song writing skill really shows. With lyrics such as "there's a broken down bar where the cowboys gather and good old country music plays" and "don't lay a hand on her Stetson, or the scar on her cheek that she got when she left him" listeners are drawn into the story of the track.

Whilst listening through the album I found that, for me, Memory Of The Light doesn't have the shine of the rest of the album. Whilst the very sombre instrumentalisation shows another part of the album, I found myself wanting more development during the track.

Having been a fan of Susan's previous releases I was intrigued to see what this CD would bring and am pleasantly surprised. Her song writing skill shines and her voice travels between each track well. I am sure fans of Americana will love this album and I would definitely recommend it, stand out tracks for me are Lies Between Lovers, Queen Of The Dancehall, Worth The Whiskey and How A Cowboy Says Goodbye.
Email Post
Labels: Susan Cattaneo "Haunted Heart"