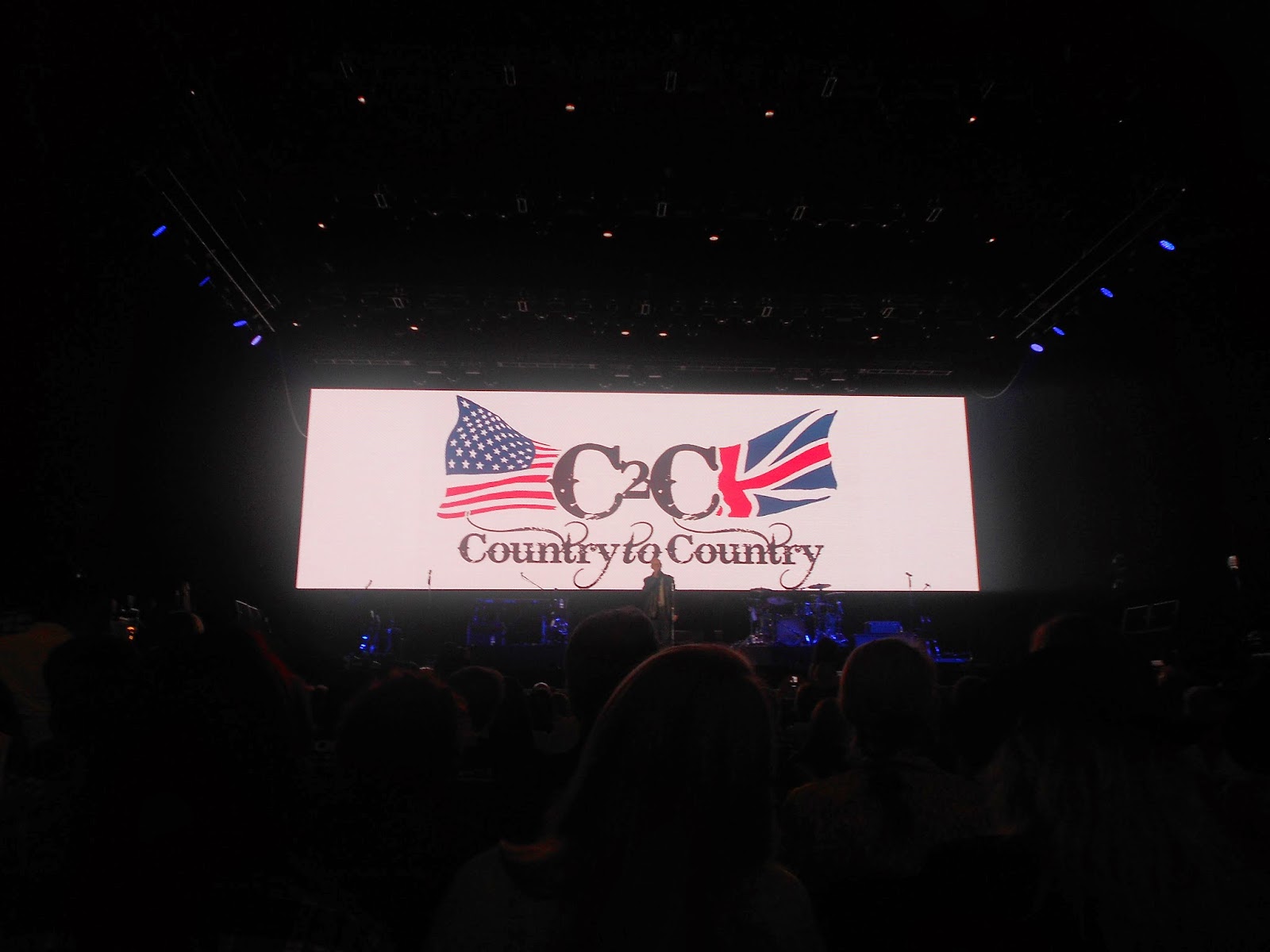 The pop-up stages were continued this year with more than double the amount of acts showcased compared to last year's festival. I was able to see a short section of Lisa Redford's set where she competently showcased some of her original music. (Regular readers may remember this feature with Lisa) I had also been invited to attend the European premiere of Dierks Bentley's Riser short film. Created over the past year it was a really interesting glimpse into Dierks life, from spending time with his children and wife to touring extensively and creating (and ultimately finishing) his new album. Just before the main show started I was able to attend Martina McBride's press conference where she answered a range of questions. I will shortly be typing up the whole press conference and posting separately. 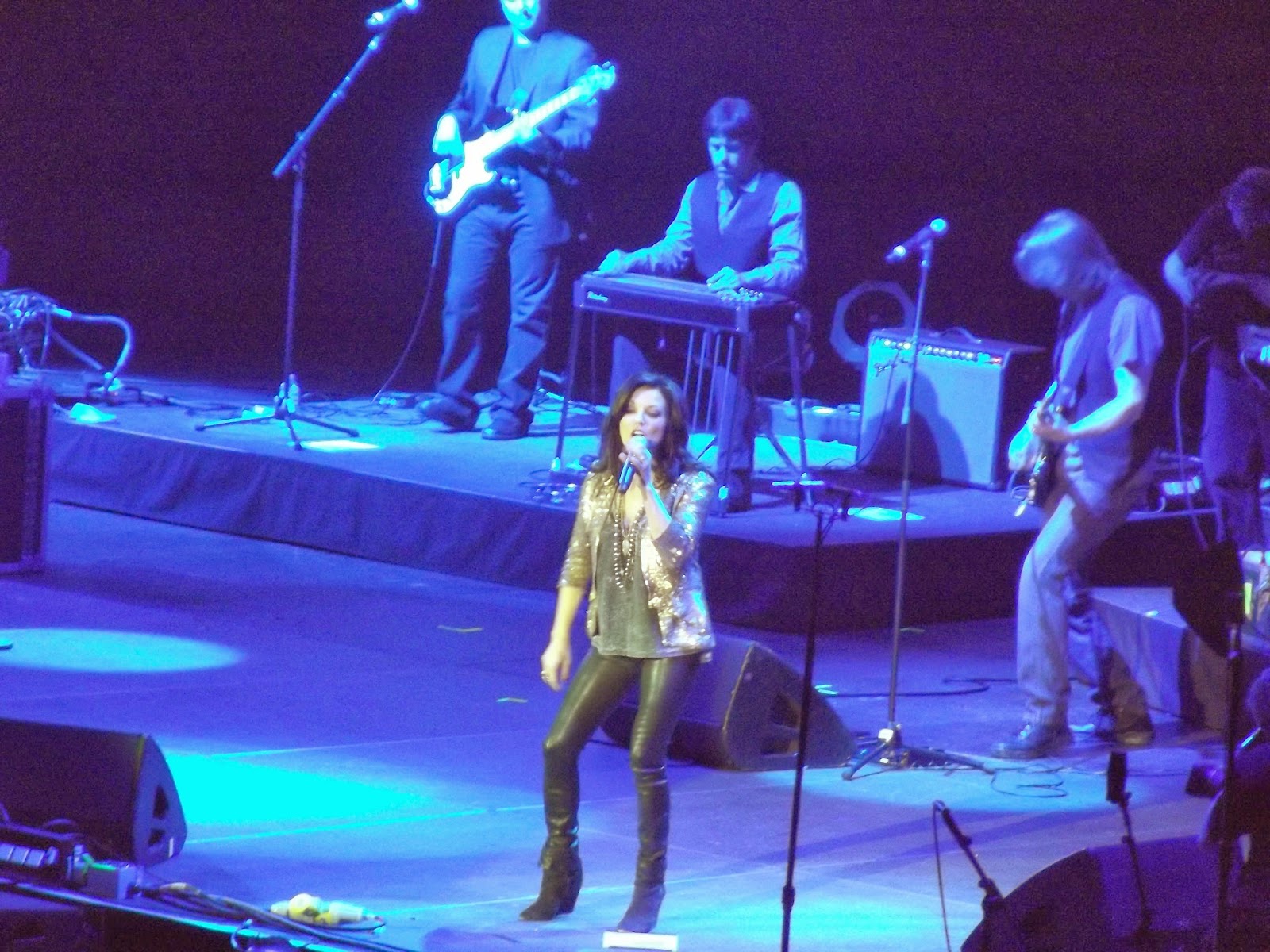 Shortly after the press conference ended, Martina took to the main stage to perform her forty-five minute set. This show was the first time she has played the UK since 1994 and as I had tickets for her (cancelled) tour in 2009 I was certainly excited to hear her live this time around! As the opening act for the night Martina was limited to a shorter set however there is no denying that she delivered a great performance. Martina is well known for her powerhouse vocals and songs such as set opener Wild Angels, This One's For The Girls and A Broken Wing played to this. She also mixed these classic songs with a couple of numbers from her new album Everlasting (Little Bit Of Rain and Suspicious Minds) Martina closed her set with the huge hit Independence Day and had the whole arena singing along to both that and the song before, This One's For The Girls. She oozed professionalism throughout and delivered a great performance. I hope a full UK tour does work out as I would definitely like to see her perform a longer set. 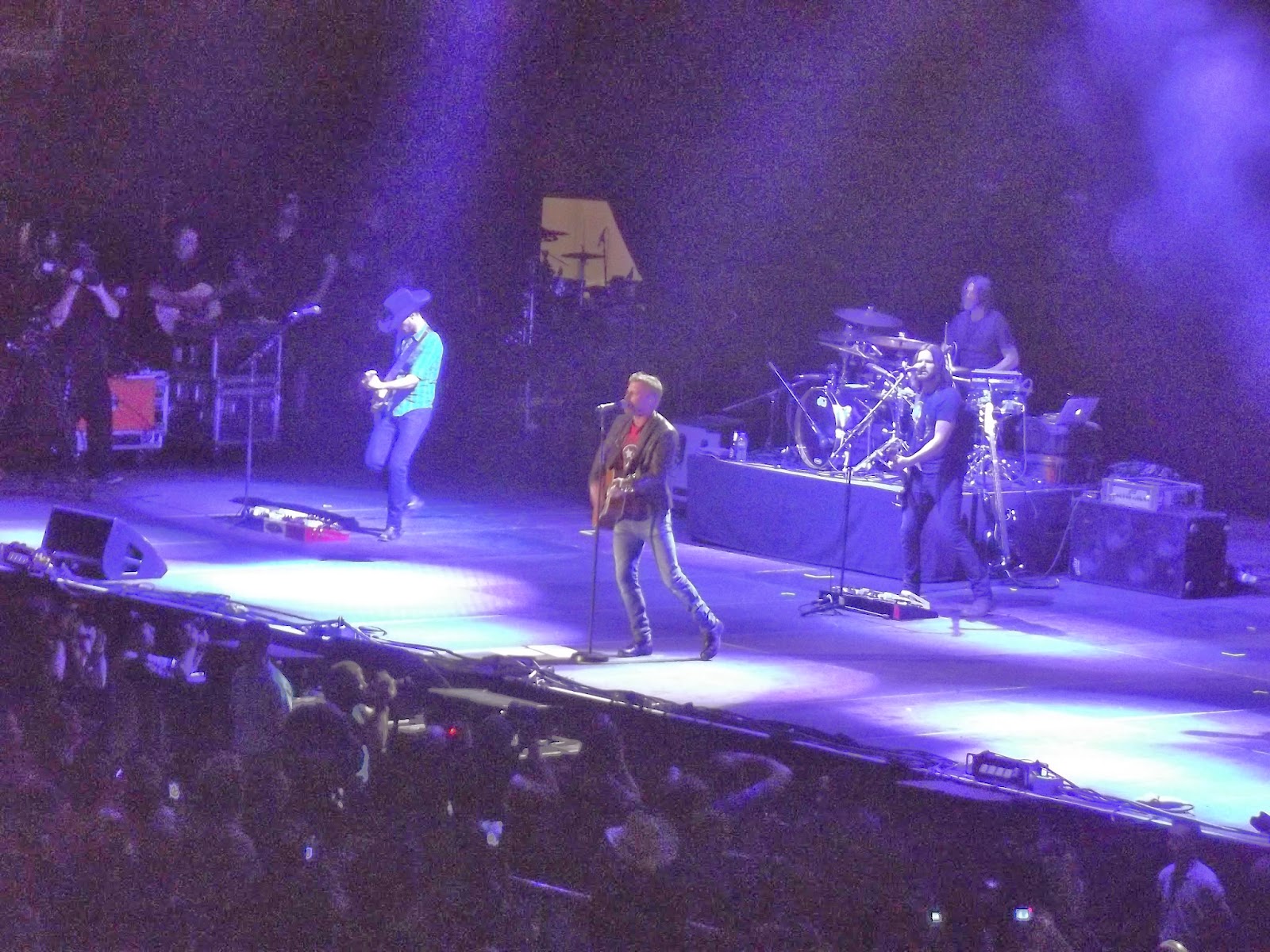 Dierks Bentley took the stage after a short interval. I had admittedly not listened to much of his music before his name was announced as part of the line up but I then made sure to listen so knew partly what to expect. I was very impressed by his recent album Riser so was very surprised (and slightly disappointed) to only hear Riser and I Hold On. I appreciate that he wanted to deliver a high energy set in a venue as huge as the O2 Arena however I would have loved to have heard some more of his slower material as in my opinion that is where he really shines. It is however possible that had he had a longer set length we would have seen more slower songs included but I sincerely hope that when he next ventures over to the UK he isn't hesitant to include some slower songs as sometimes they can make a really strong moment in a concert. Dierks seemed a little in awe of the huge space (he played a lot smaller venue last time he was here) but relaxed enough during his hour long set to have a few jokes with the audience and also bring a fan up on stage to play his guitar while he sat at the back. 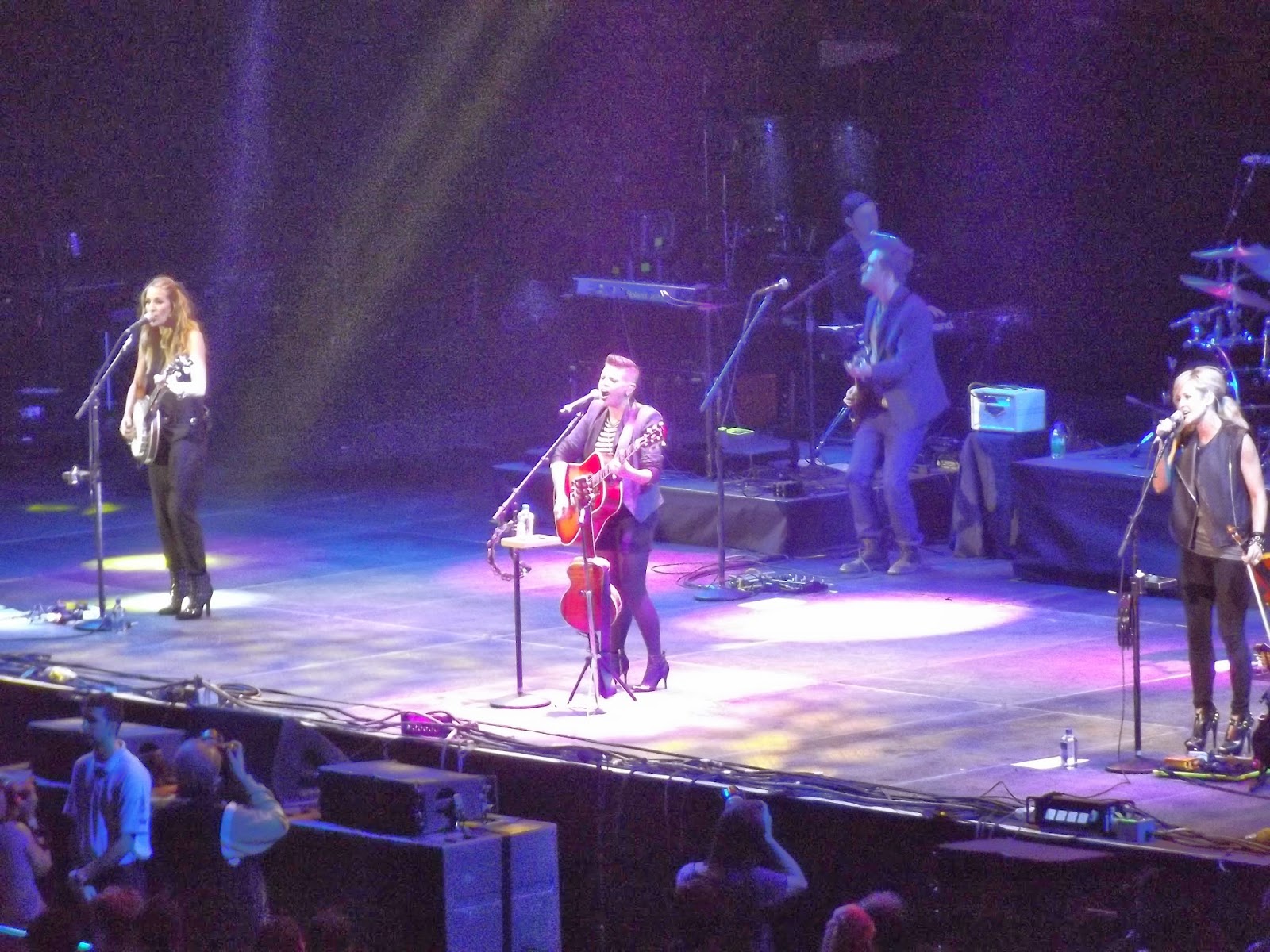 The Dixie Chicks held the next spot on the line up. Their inclusion initially raised a few eyebrows as they have had no new music out in almost eight years however I was personally thrilled to be able to see them live. Whilst they have only been back playing together for a short while they came across at ease on the stage. There can also be no doubt that Martie Maguire and Emily Robison are very skilled musicians, it was great to see them play! Their one hour fifteen minute set travelled through some of their biggest hits, including Landslide, The Long Way Around and Not Ready To Make Nice with the highlighted of their set for me being Wide Open Spaces, one of the first songs I listened to when I was introduced to country music. Cowboy Take Me Away was another strong performance, showing that a mix of faster, rocky tracks and slower, more emotive numbers rounds out a set list well. 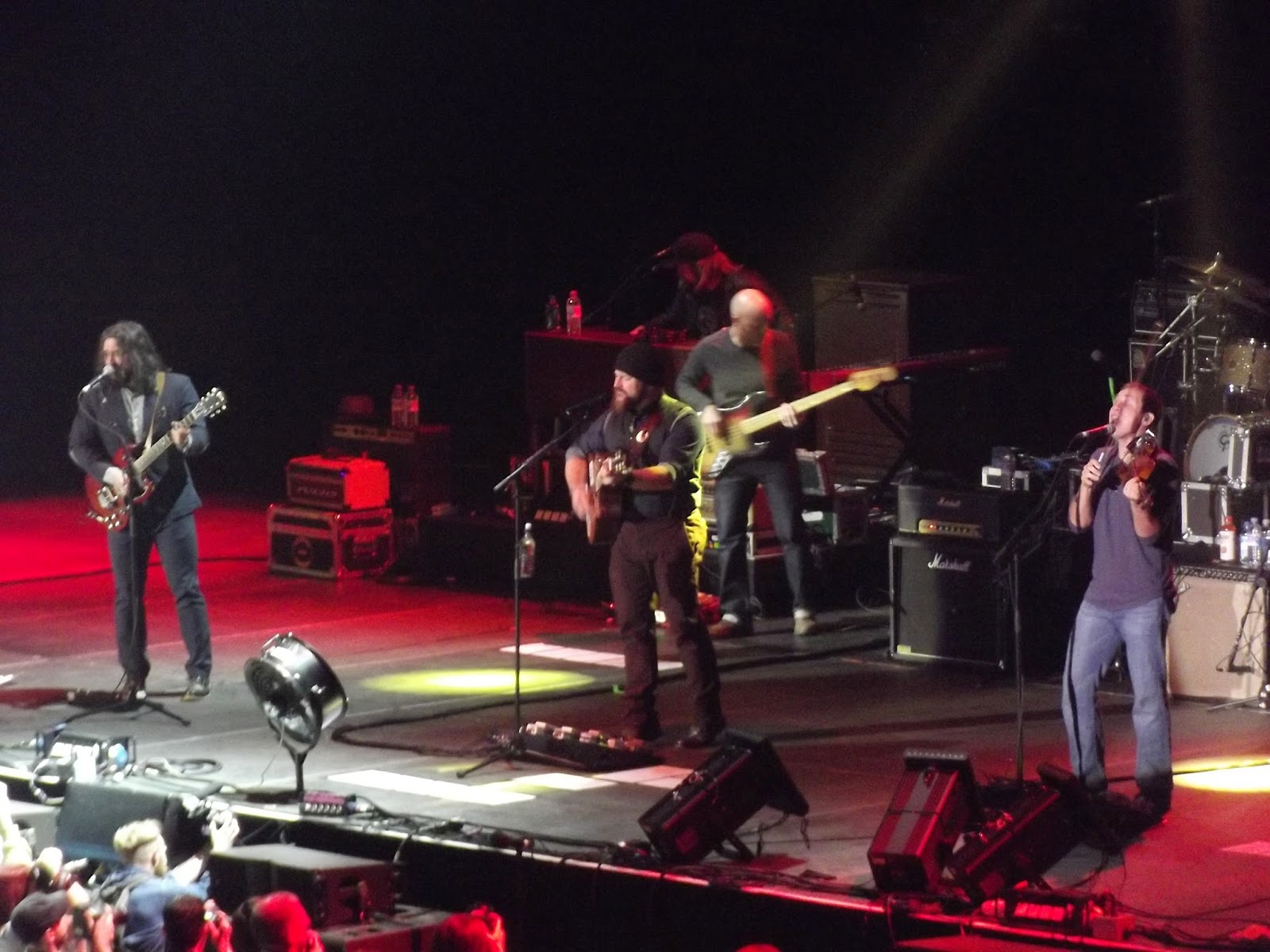 It was then on to the headlining act for the night, Zac Brown Band. The group were over in the UK only last year but I was unfortunately unable to attend so it was brilliant to have the opportunity to see them live. Whiskey's Gone opened a mostly high paced, high energy set that had most of the venue on their feet for the majority of the set. The whole band's musicianship is incredible and the set cycled through solos for most of the band. The highlight of their set for me had to be Colder Weather. A gorgeous track that strips the often heavy production down and really highlights Zac's vocals. Their album releases are impressive enough however their set as a whole was impeccable and showed a huge amount of energy! It also felt like they brought their full show to the concert with no feeling of anything being cut or changed just to accommodate.

Many people have asked me which artist was my favourite and I honestly could not say between Martina, The Dixie Chicks and Zac Brown Band. I have been a fan of Martina for years and it was great to be able to sing along to some of my favourite songs from her, The Dixie Chicks did not disappoint even though they have been on a long hiatus from performing as a trio and Zac Brown Band have an incredible energy that travelled throughout their entire set. As I mentioned, my main negative for Dierks' set was that I would have liked to have heard him sing more slower, heartfelt numbers but in no way did he deliver a poor performance. It was also a relief to hear the production at a reasonable volume compared to Tim McGraw's over the top volume last year. Overall it was a great evening and really built upon what was started with the inaugural C2C festival last year.

Credit to Malcolm Stone for the photos!