American country singer-songwriter Hilary Scott released her newest album Freight Train Love on 4th November last year. Hilary either wrote or co-wrote seven of the ten tracks featured on the album, with Losing You and If You Don't Love Me written by Kevin Fisher and Lotta Love written by Neil Young.

Whiskey Bottle Dry is one of the strongest tracks on the album. Tapping into Hilary's lower range the track merges blues with country very nicely. The relatively simply production keeps the pace slow and the focus of the track on both Hilary's vocals and the lyrics as a whole. Lines like "who you gonna call when everything falls through" and "how am I gonna sleep when the whiskey bottle's dry" add a sense of vulnerability and hurt to the track.

Help is also another strong track. The driving drum beat adds to the bluesy feel of the track and the overall production also adds a slight soft rock feel with it's focus on drums and electric guitar. 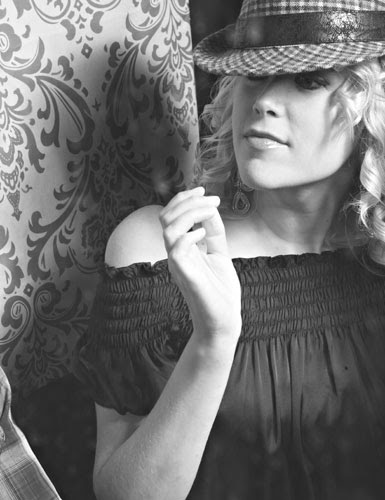 Unfortunately there are also a few tracks I didn't particularly like. Diamonds, for instance, feels a little boring. The combination of the steady, plodding base and drum lines seem to drag the song out and Hilary's vocal, whilst strong, is limited by the uncomfortably slow track.

Diamonds is followed by another track that comes across as a little stale, Losing You. There is more focus on the drum line in Losing You and the listener will hear a piano introduced alongside other instruments. The very slow tempo of the track and the fact that it immediately follows another very slow track can mean that a listener may skip past the track quite quickly, certainly I unfortunately found myself thinking about what I would personally do to edit the track, rather than listening to lines such as "tell me it's a movie that I'm watching, that it's not really happening" which tell of the heartbreak in the story.

This album is a mixed bag - although you can't fault Hilary's talent and that of the musicians featured! - but I'm sure it will appeal to staunch fans of Americana and probably blues fans also, with Hilary mixing both genres smoothly. I am not sure that country fans will really embrace the album but Hilary is clearly comfortable in the Americana-blues fusion and I do think it would be still worth country fans listening to, especially if you like slower songs. I would be interested to hear some of these tracks with more production and faster beats behind them and will be keeping an ear out for Hilary's next release!