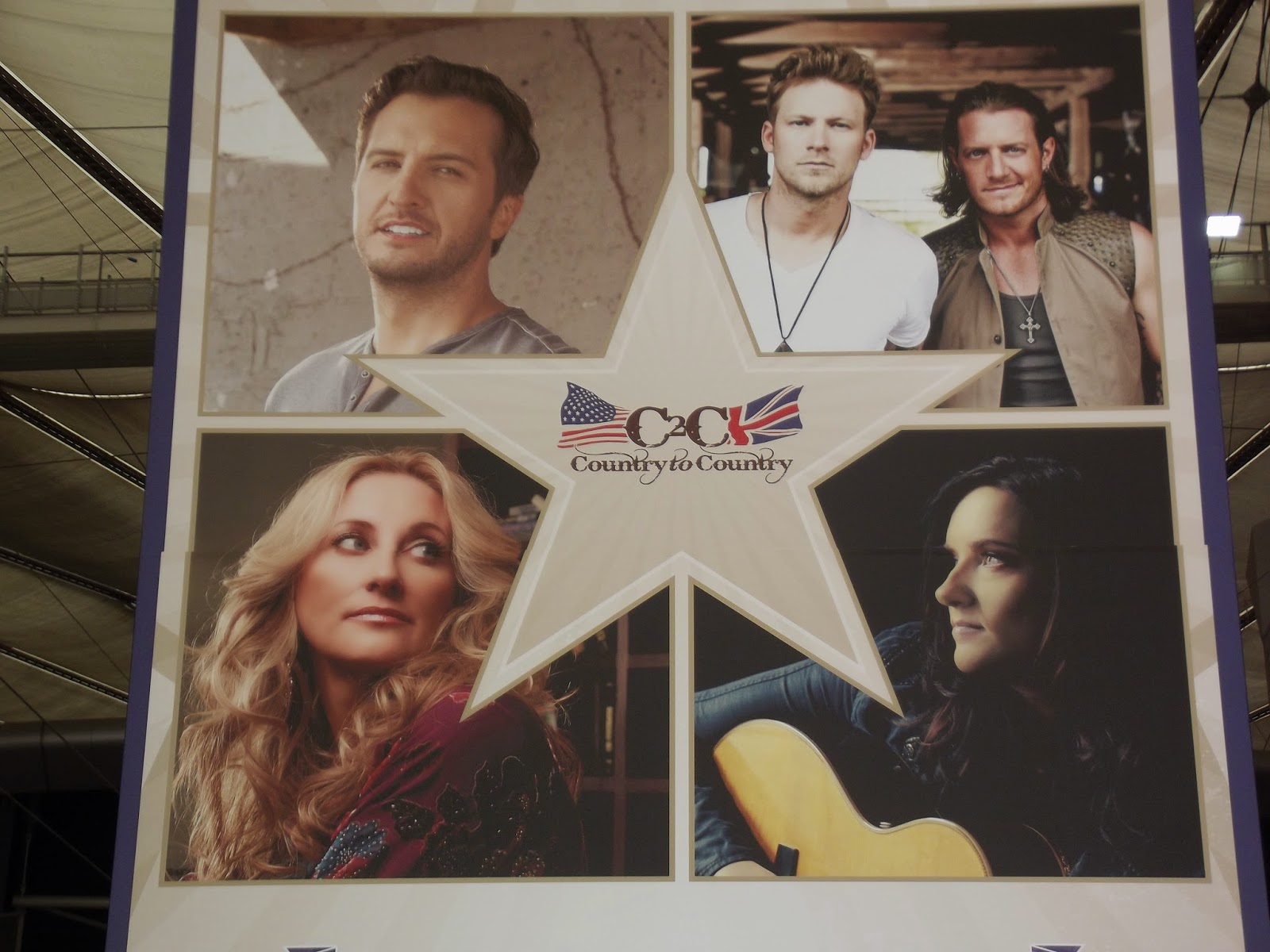 This weekend marked the third annual C2C: Country To Country Festival in London (the festival visited Oslo and Stockholm the weekend before and alternated with Dublin on the same weekend). Taking the arena stage the first night were Brandy Clark, Lee Ann Womack, Florida Georgia Line and Luke Bryan and, as with the past two years, the festival was compered by Radio 2's Bob Harris, For the first time ever, pop up radio station BBC Radio 2 Country also broadcast the main arena stage live as well as having interviews with some of the artists. 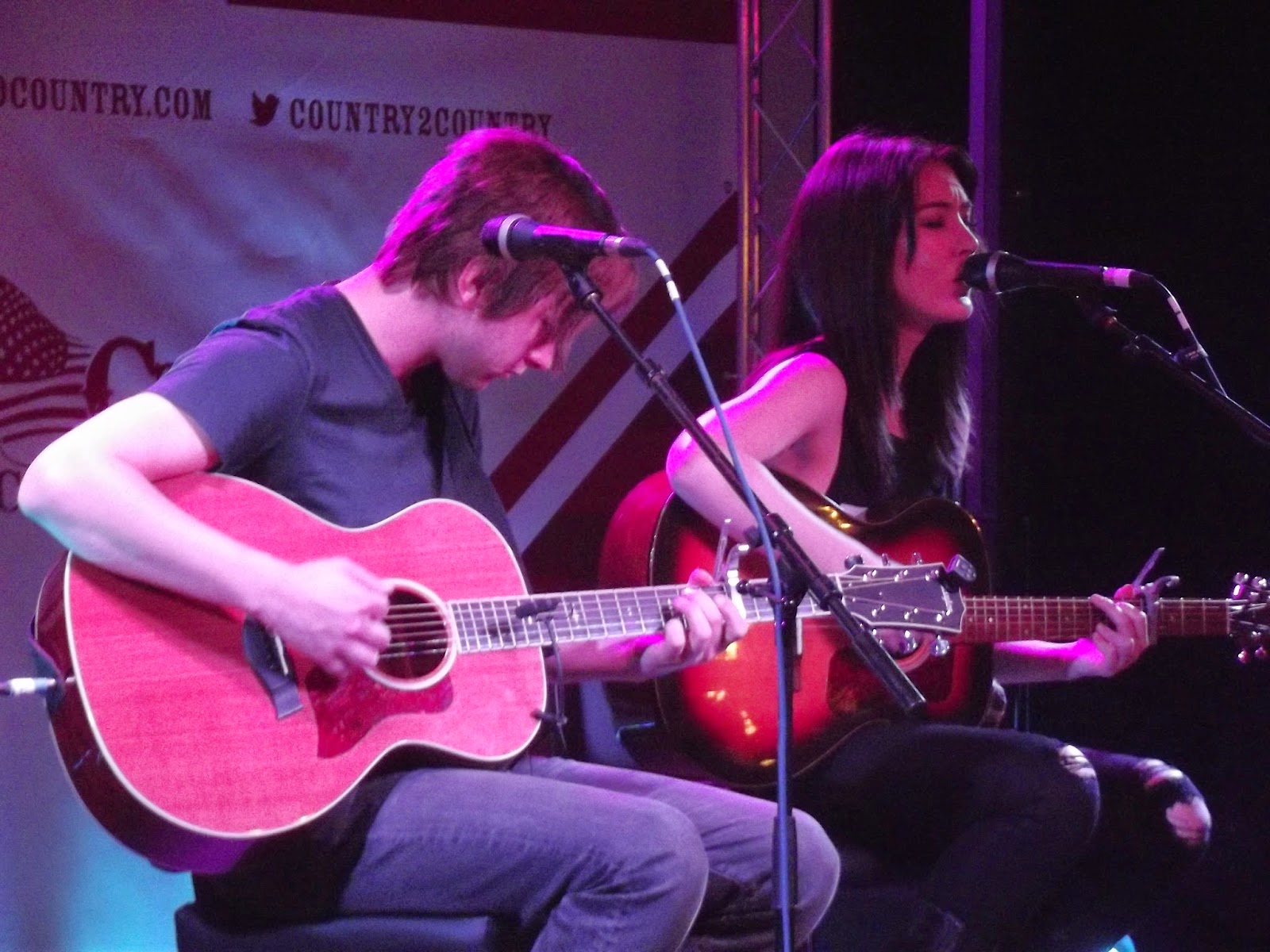 As with last year's festival there were a myriad of pop up stages to catch with some old favourites and also newer acts, some of whom were debuting in the UK. I was able to hear three full sets on the Saturday as well catch part of Megan O'Neil's set - who sounded great! Katie Nicholas, Aubrie Sellers and The Cains Trio were the three full sets I was able to hear and they were all really impressive.

Katie Nicholas is the only British artist out of the three and has a country pop sound that is really infectious. Set to release her debut album Katie also had one of the most striped back sets of the day with just her and her guitar. Aubrie Sellers by her own admission doesn't have many happy songs but that really didn't seem to matter during her set. She delivered a great vocal throughout and seemed completely comfortable on the stage. Aubrie was on one of the two stages inside buildings within the O2 and that really seemed to suit her, you could tell the crowd was completely absorbed. It was also really sweet to see Lee Ann Womack watching her throughout her set! The Cains Trio actually followed directly on from Aubrie Sellers. Even though the main arena doors opened part way through their set it was great to see how many people stayed there to watch them. Logan, Madison and Taylor are a really tight trio with great harmonies and brilliant vocals and even though their set seemed very short they clearly had fun and sounded great! Their cover of Landslide is definitely worth a mention, it sounded gorgeous! Katie, Aubrie and The Cains Trio are definitely all ones to watch, I was very impressed! 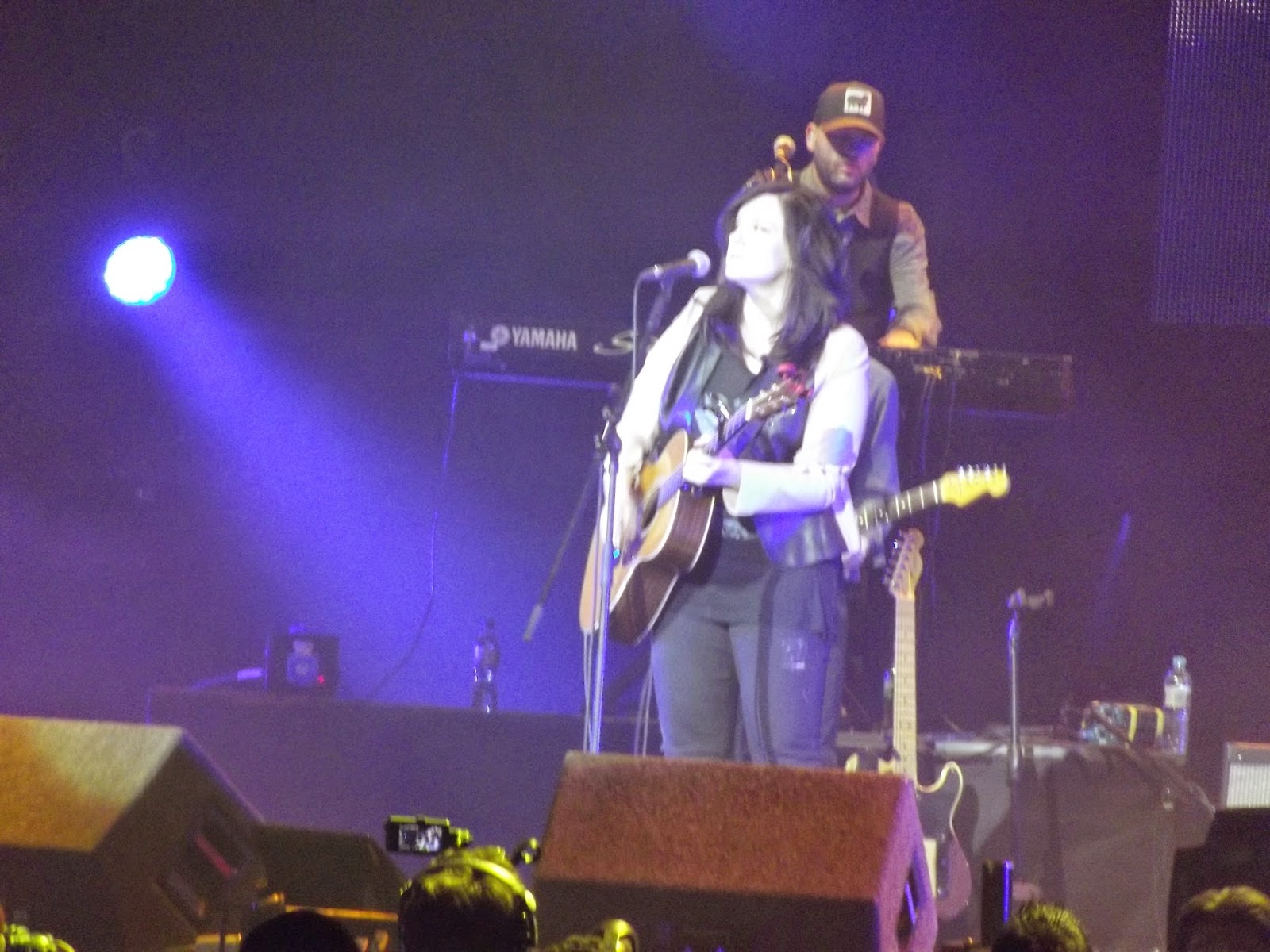 The main show started with a strong set from Brandy Clark. Brandy really impressed, singing some of her biggest hits including Stripes and Hungover. The two stand out tracks for me were Hold My Hand and her co-write Better Dig Two. Hold My Hand was really effective in it's simpleness and Brandy delivered a really emotive vocal. Better Dig Two was interesting in that most country fans will automatically think of The Band Perry's rocky and slightly 'dark' performance - Brandy flipped this on it's head with an acoustic version, just her and her guitar. It was really interesting to hear another way of how the song can be performed and it worked very well! There can be no doubt that Brandy Clark has a very strong vocal, she held her own as the opening act and left a lot of people saying how good she was.

A new introduction for this year's show was the Satellite stage. Fans who saw Brad Paisley's headlining set at last year's show may remember him heading to a smaller stage at the back of the arena floor for a few songs, it is there that we saw Sam Hunt (and later, after Lee Ann Womack's set, Sam Palladio) perform a few songs. Admittedly, I have never really been a fan of Sam Hunt and remain indifferent to him after his performance but Sam Palladio was good. What I do think would have been nice with the Satellite stage was if the house lights had been turned up. Both Sam Palladio and Ward Thomas on the Sunday asked for the lights to be brought up at various points and you could tell they were awed to be performing in the arena itself, it would make it sweeter for them to be able to see the audience. 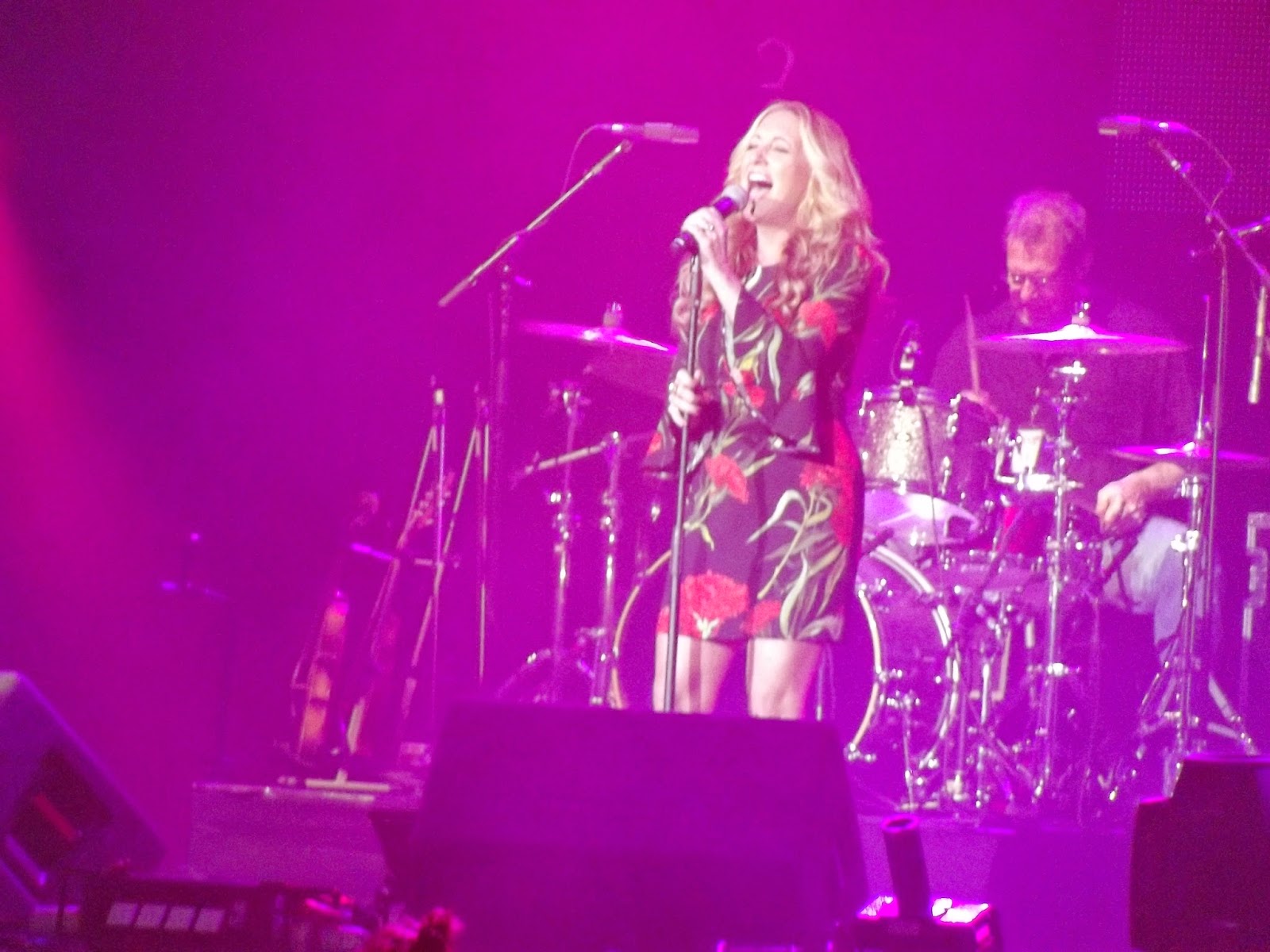 There was a short break after Sam Hunt's Satellite stage set and then Lee Ann Womack took the stage. Whilst she has been over to the UK for various promotion and press in the past, she mentioned in her press conference that she had never actually performed a show in the UK before. It was great to get to see her live, Lee Ann was probably the artist I was most looking forward to from the first day's line up and she did not disappoint. I Hope You Dance would have to be the highlight of her set for me, although I also really liked Send It On Down and The Way I'm Livin'. I Hope You Dance and Send It On Down were two of the more striped back tracks from her set and both really showcased her vocals. The Way I'm Livin' is a great track that really added to the set with it's bluesy rock feel. Her vocal was really impressive, powerful yet soft and heartfelt when needed. 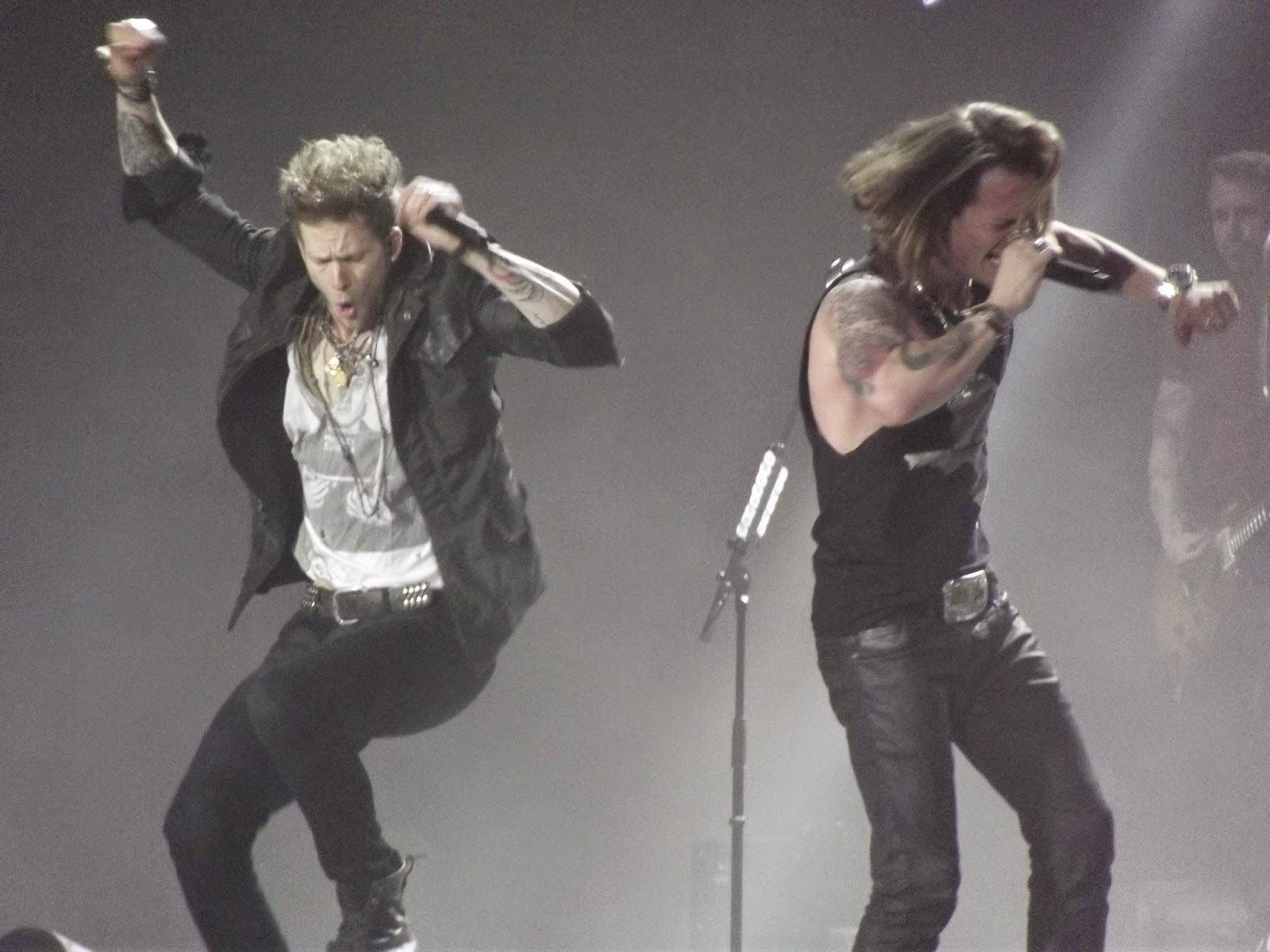 Shortly after Sam Palladio's Satellite stage set ended, Florida Georgia Line took the stage. There can be no doubt that they enjoyed themselves and were thrilled to be there however I unfortunately found the volume to be just too loud through most of their set, to a point where it distorted the overall sound. As a duo who have hardly any quieter tracks it did get a little overpowering by the end of their set. Dirt was the highlight in my opinion, the sound seemed to be a lot more comfortable and that was when their vocals were at the best. Cruise was of course also great to hear live, with lots of listeners singing along! As I've mentioned, the most unfortunate part of their set was that the sound was just too loud which was a real shame. 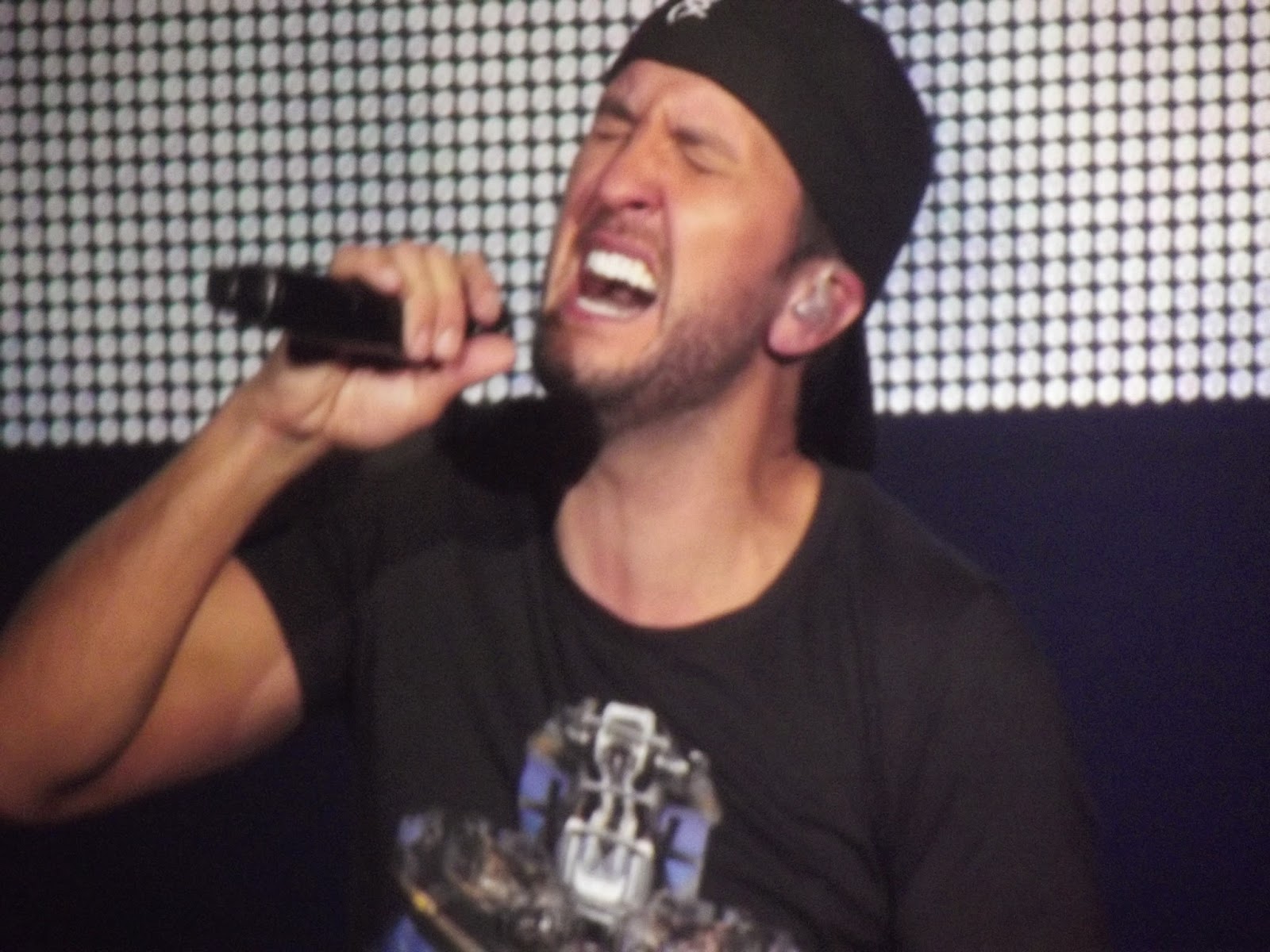 Luke Bryan was the headline act on the first day of Country To Country 2015. I was, admittedly, a little apprehensive after the volume of Florida Georgia Line's set and I did find some of Luke's set was too loud however I was very happy to hear some of his softer tracks - where the noise seemed to be reduced and he really shone, with Roller Coaster and Drink A Beer being the stand out tracks. Roller Coaster had a video back drop of an old wooden roller coaster that seemed to round out the performance nicely and Luke really sounded like he did on the album, definitely a very good track. I have long thought Drink A Beer is a gorgeous track and Luke delivered a really heartfelt, emotive performance. He clearly did not want that particular track to end and the audience within the arena really seemed to embrace it.

I would have to say Lee Ann Womack gave my favourite performance of the night, she really shone throughout her whole set - and it was great to finally get to hear I Hope You Dance live! The only negative from the night where the sound levels during Florida Georgia Line's set and some of Luke's, unfortunate in that it felt like it took away from the overall performance. Still a great start to the weekend!