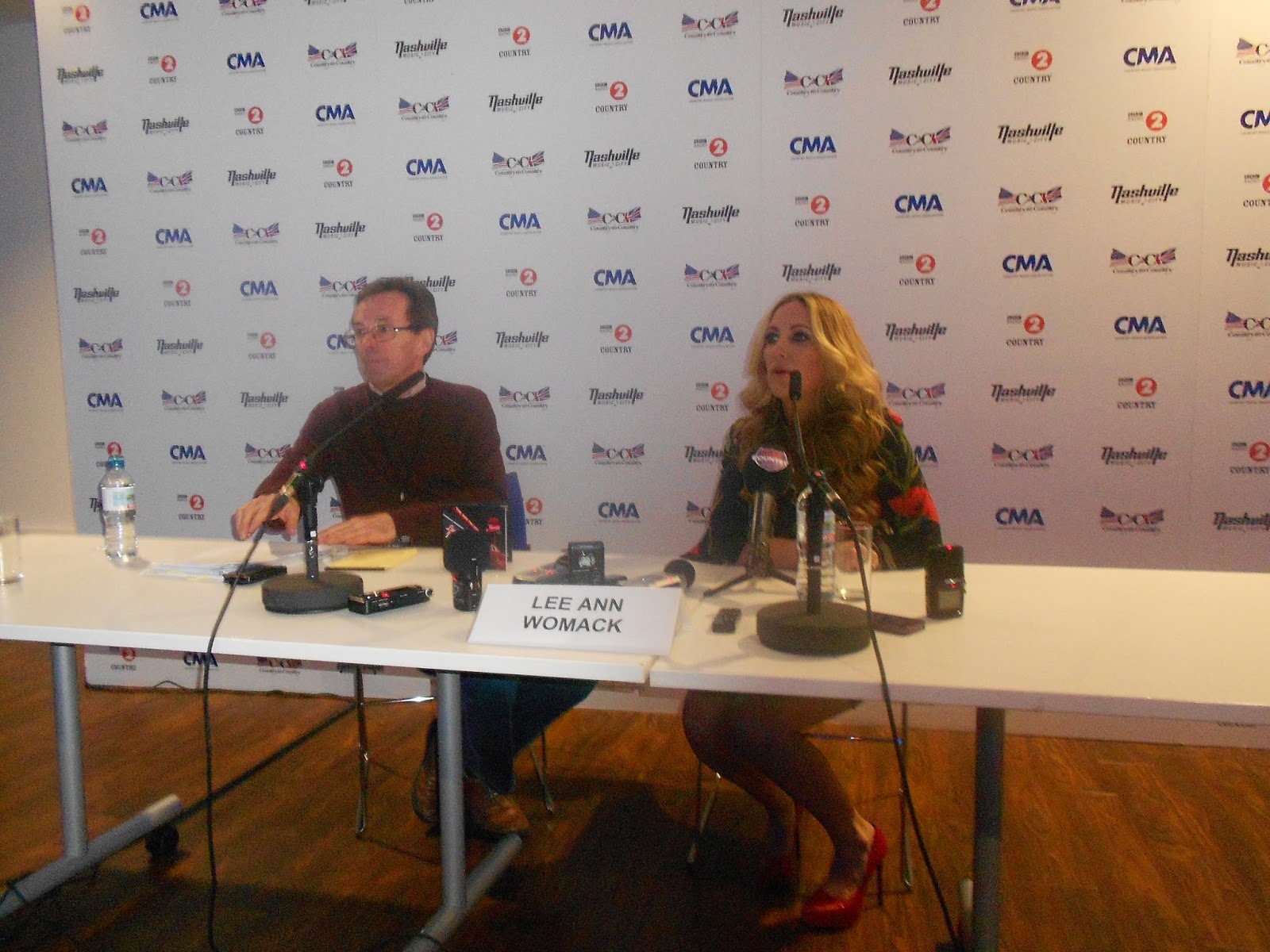 As part of the Country To Country festival each artist held a press conference. I was given a press pass for the weekend and was able to attend Lee Ann Womack's press conference on the first day. Read on for all the questions and Lee Ann's answers.

One of my favourite duets of all time, "Everything But Quits" with George Strait. You have a very close relationship with George, is the ever any chance of a complete collaborative album with you and George?

It's hard enough getting him in the studio for one! [laughs]


I thought the song was a pretty good song when I cut it. I thought, it means something to me, this'll be an album cut. I thought about my two daughters and all the things I wanted for them in life and Anna was not even walking yet when I cut that and so that's what I was thinking about, I was still kind of emotional and after pregnancy and all that. I never had, I didn't have any idea how it would catch on and become this worldwide crossover hit. The great thing about it is I get to be a part of people's lives forever because they associate that song with these monumental events, like graduations, births, even deaths, all kinds of these life changing moments they associate with that song and so that's something I could never have even dreamed of when I was a little girl growing up in east Texas.

You've said in the past you select songs that are thoughtful and show the various natures of humans so how does it feel for you to be playing to a crowd that are notoriously into lyrics and reading them and thoughtful songs like your own?


You can imagine, even just by asking that question you can imagine how special it is for me. I can't believe I don't get over here more often, I want to. This audience is the perfect audience for me and I'm the perfect artist for you! [laughs] We're going to have a good time today.

You're known over here for songs like "I Hope You Dance" and "I'll Think Of A Reason Later", your new album is quite different, did you feel it was time for a change?


Oh I sure did. I had been on a major label and playing the whole Nashville music row commercial thing for fifteen years. When I grew up, in a little town in east Texas, my Dad - who's here today - was working at the local country station, I wanted to make real country records, that's what I really wanted to do. I got involved in the machine, you want to do the best job you can, give the label what they need and all that but the whole time I was looking over at Buddy Miller and going when I grow up that's what I'm going to be. [laughs] Making this record and getting to play this kind of music is something I've waited for for a long time. 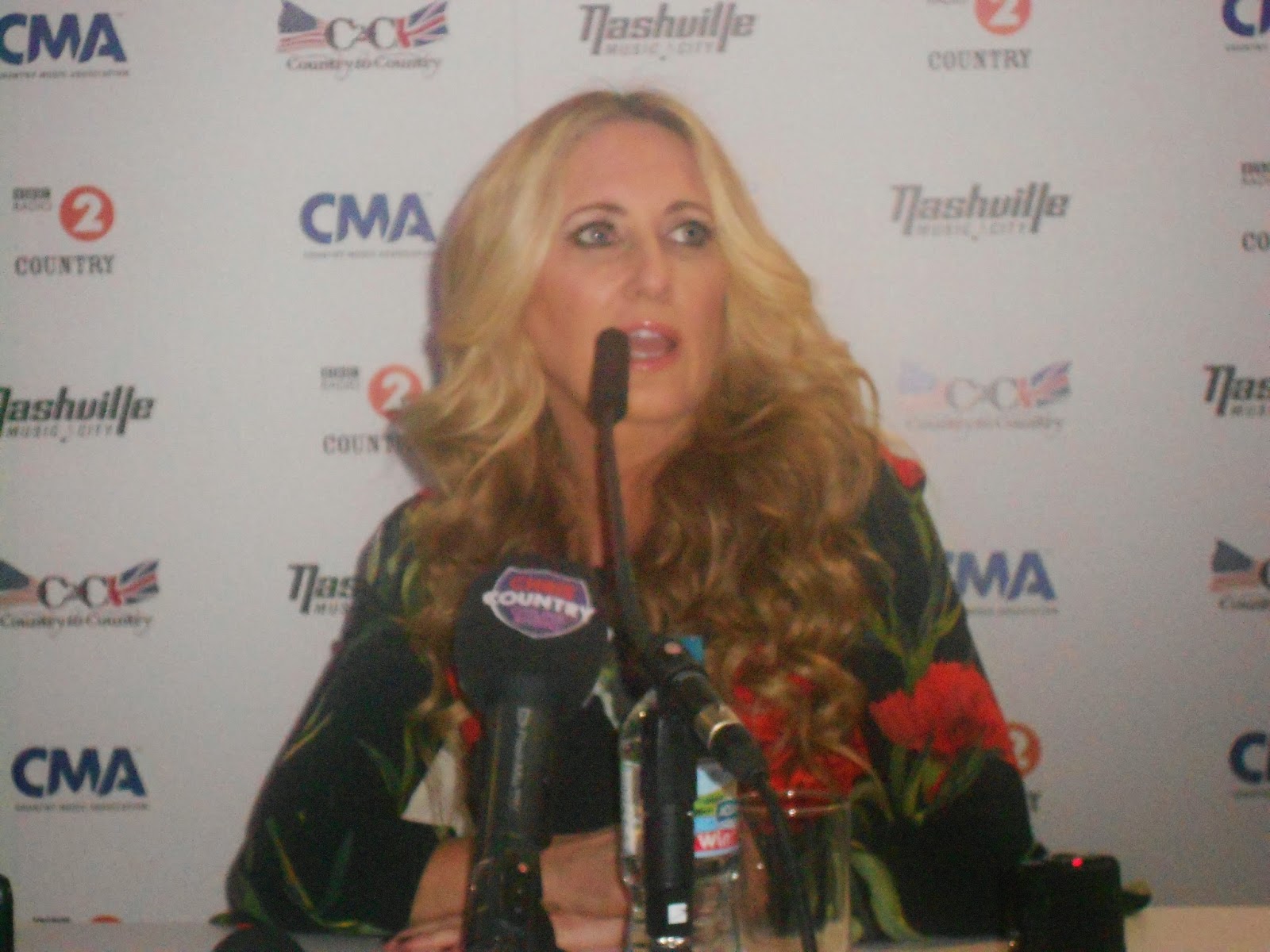 You've chosen songs for this record by people like Buddy Miller and Mindy Smith, tell us a little bit quickly about some of the people who've written the songs there?


Great, Hayes Carll, you said Mindy Smith, Bruce Robison, Mando Saenz the list goes on and on, great songwriters. There's this great community of song writers in Nashville that we've always relied on forever and they built Nashville, the whole industry is built on those kind of song writers. The song writing is not a dieing art but for those songs to get out to the public it's getting harder and harder for those songs with real lyric content. When Frank, my husband, and I went in to make this record we wanted to showcase that great Nashville song writing community.

You're arguably one of the artists on this whole line up who isn't part of this brand new 'Nashville sound' making waves, how does that feel to be among the artists?


Well I'm very glad to be here among these guys, it's a different deal and in a way I don't fit in and in another way I do because I don't mind doing what I do and they don't either. That's one of the things we have in common even though our music is, in a lot of ways, very different we're not afraid to be who we are and do our thing and so it'll be a little bit different today and hopefully there'll be people that'll like that! [laughs]

What is the one piece of advice you'd give to a new artist trying to make it in the music industry today?


Well that depends on what they're doing, to try and make it doing what. But one problem that I have with a lot of younger people that are trying to get in the music business, the entertainment business, is our whole culture has become obsessed with fame. If that's the reason you're doing it you can be famous doing all kinds of things, as we've seen, don't clog up the music business! [laughs] The music suffers for it after a while if you're just going to be famous you can be famous doing lots of other things.


It was great to get to attend Lee Ann's press conference, I sincerely hope she returns for a full tour of her own soon!
Email Post