Country singer and Liverpool native Katie Nicholas released her debut album on March 14th. Entitled Dizzy,  the full album holds ten tracks written by Katie - the digital version holding five of those tracks. Katie recently put on a great performance as part of the pop up stages at this year's Country To Country Festival as well as headlining her own show in London the week after to release her album, gathering a lot of new fans! 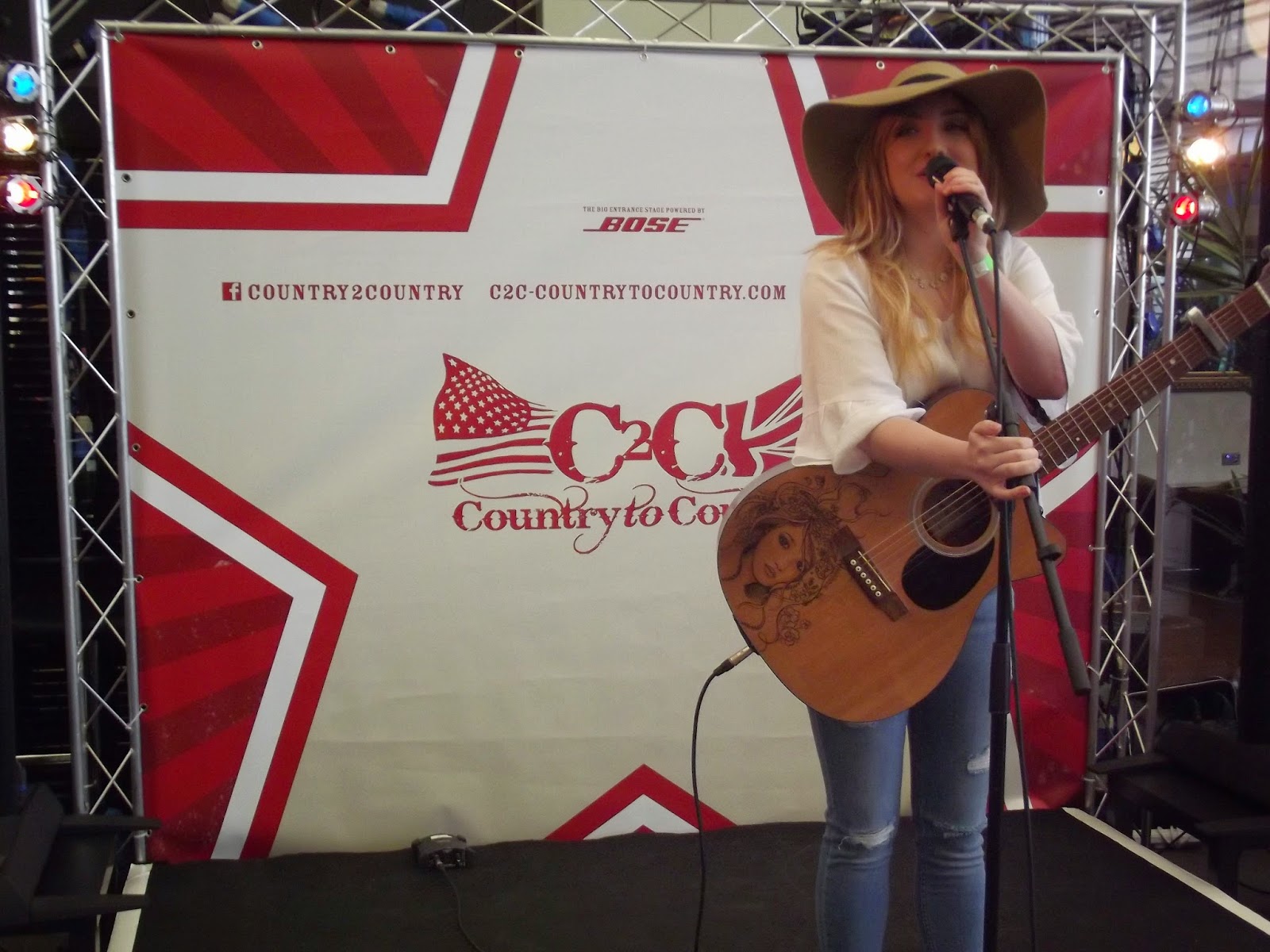 It was hearing Chemistry previous to this release that originally drew me to Katie's music and I'm really happy to hear it open the album. Katie sounds really comfortable throughout the track, even with the various changes in production - the track slowly building for the first couple of minutes. The main instrumentalisation behind Chemistry is a steady backing beat provided by the drum line and then the track has various guitar lines fading in and out over the top. I am sure a lot of listeners will end up repeating this very catchy track multiple times, great track!

I have found two stand out tracks on the album whilst listening, one of which being Love. Performed completely acoustically the track really gives Katie's vocal chance to shine and she delivers a really emotive performance. Having heard this track live I can assure you Katie is a talented guitar player and it is clear from this - as well as the rest of the album - that she has surrounded herself with other talented musicians. Love is a great track that relaxes the listener and you really do feel drawn along with the soft melody and sweet message behind the lyrics.

The other stand out track is Childhood Street. The lyrics were the real high point of this track in my opinion, with lines such as "I'm breaking ties from the old lullabies that send me soft to sleep" combined with "grounded underneath my feet, is my childhood street". Katie gives a really heartfelt performance and it feels as though the track is very personal to her, whilst still being relatable to listeners. The soft production fits in well with Katie's vocals and the overall lyrics.

Sweet Talk is another strong track. The lead single from the album, the track has a slight Hunter Hayes/Paolo Nutini feel with it's chilled production. "Swizzle-sticky eyes I want to poke a fork in" does not fail to make me chuckle, Katie deals with the message of the track in a mildly humorous way that is helped by the upbeat, country-pop focused production.

If you do not already have this album I would definitely recommend purchasing it! (The full, physical copy of the album rather than the shorter download) Katie is a welcome addition to the UK country scene and I am sure she will go far. She is a lovely person with a really strong vocal and a talented guitar player. The overall album has a very professional sound and it seems as though Dizzy has already been very well received. I'm excited to hear how Katie develops, definitely an artist to watch!