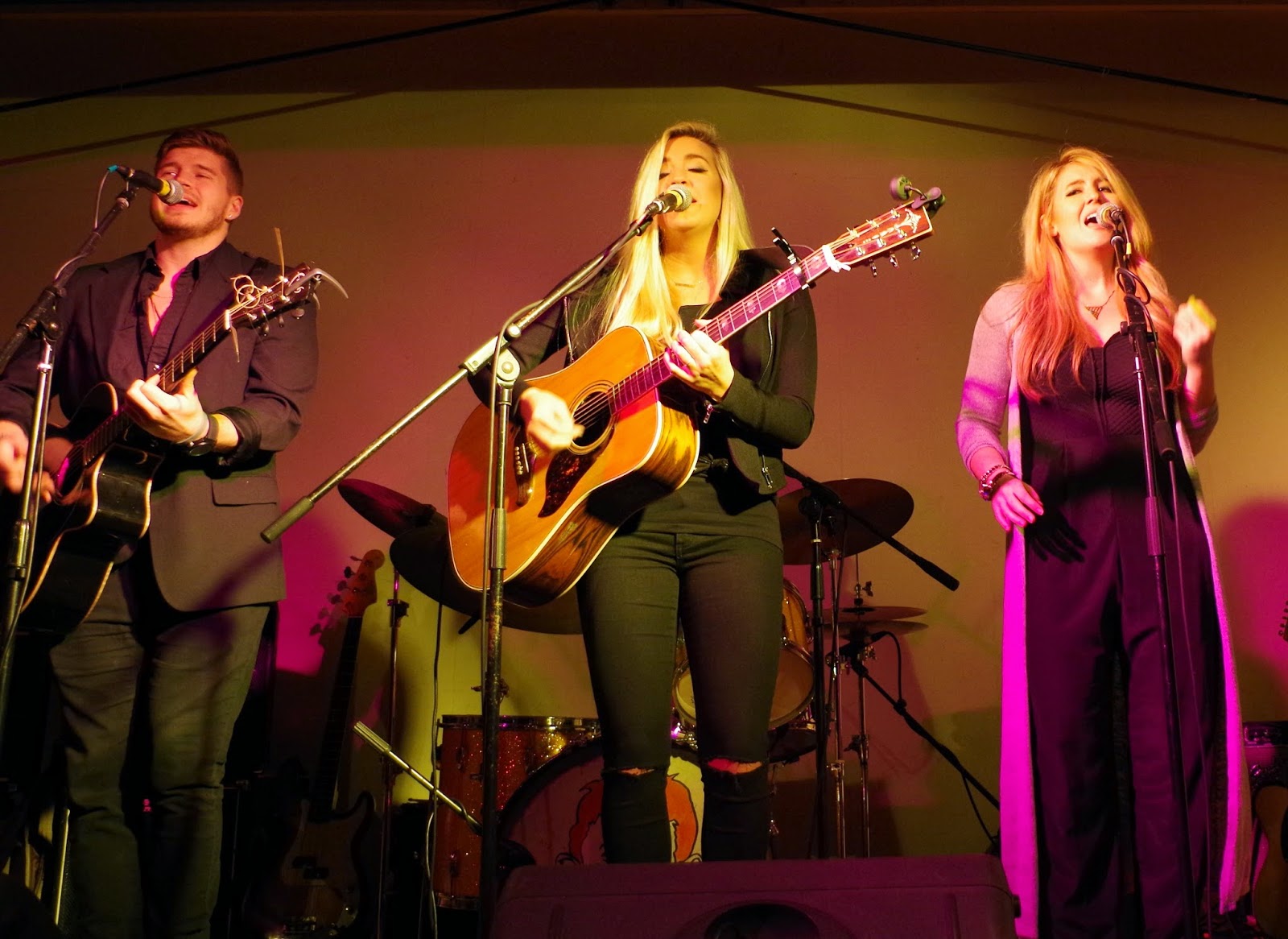 The trio were given a roughly half hour long set in which they travelled through some of their original tracks and slipped in some covers. It was a good idea to open their set with Folsom Prison Blues which I am sure most, if not all, of the audience knew and their cover of Landslide was gorgeous (if you haven't heard it yet click here for their video). The cover of The Civil War's Same Old, Same Old was also great, they were clearly comfortable covering other artist's material - and performed some tricky songs very well!

Their voices and their overall harmonies were really strong and the acoustic set (they played with just two acoustic guitars and a shaker) really allowed that to shine, as well as some of the songs featuring impressive a cappela moments. The set list had clearly been thought through and blended their music nicely - as well as featuring some of my favourite songs! The trio moved comfortably through each of the songs in their set. Smoke On The Hill added a 'darker' dynamic to the set and showed another side of the trio, particular as it came between Beautiful Life and Landslide. New song Down To The Water has fast become a favourite of mine, with it's catchy melody and brilliant chorus that just opens up the track for singing along to.

Throughout their set The Cains Trio interacted very well with an audience that was clearly receptive to their music, in a venue that was very close to it's full capacity. They talked and joked easily and received a rousing applause at the end of their set that continued even after they'd left the stage. There was time given after their set for the trio to get to meet some of the audience and sign some merchandise and there was quite a considerable queue to meet each of them, showing you just how popular they were! 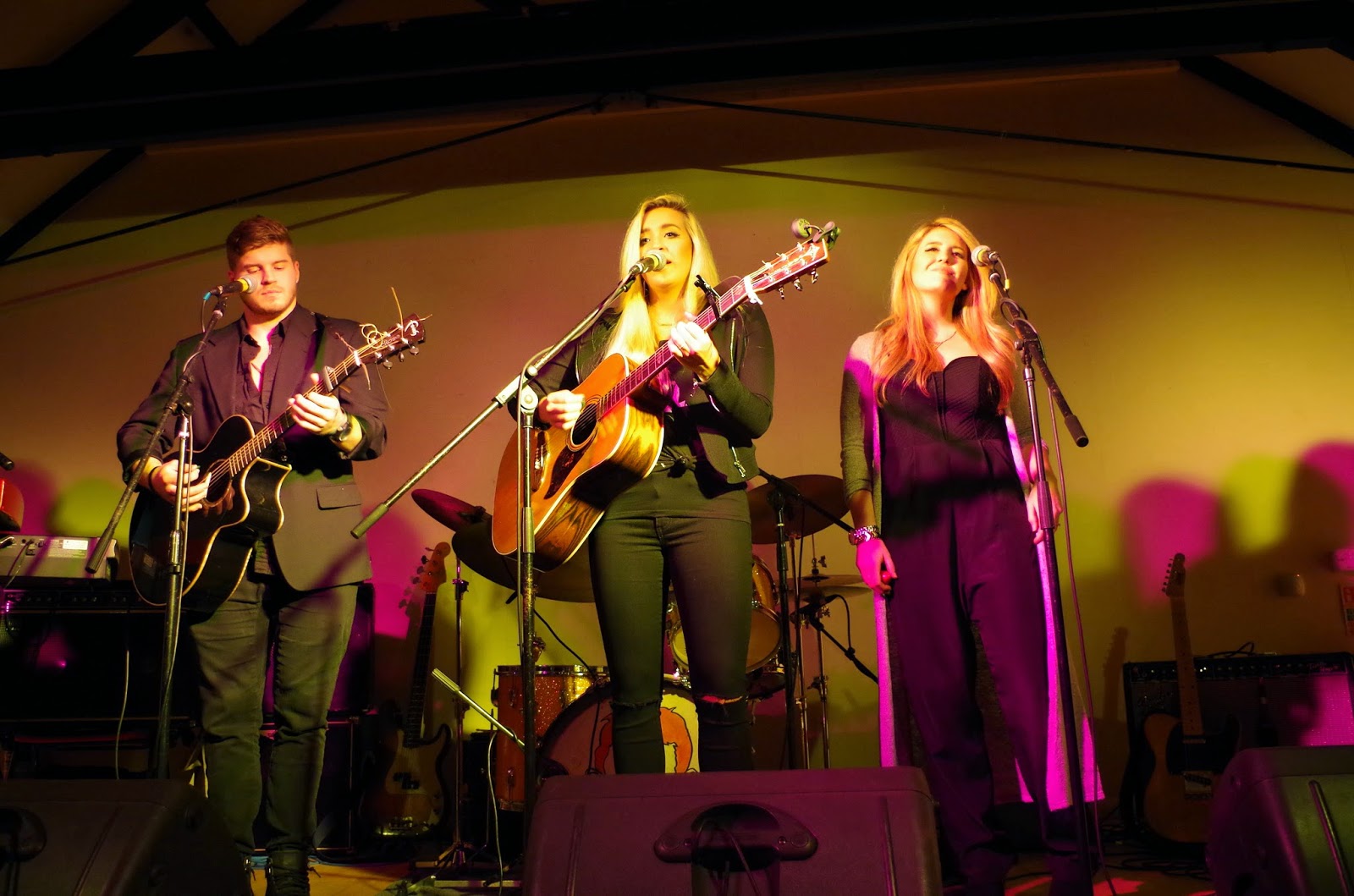 Taylor, Madison and Logan had all said they were thrilled to be in the UK and really appreciated how well they had been received. They delivered an amazing set here and should be proud of it! The trio are incredibly talented and I am sure they will go far. They have some big news coming so make sure you stay tuned to their social network pages to find out! I know they have made a lot of new fans whilst they have been over here, I hope we will get to see them back in the UK very soon!