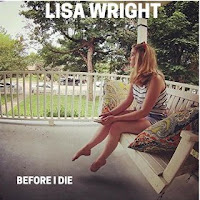 There's a home video of me when I was two weeks old and my mum is holding me in her arms. In the background, there was this song playing and whenever we watched it, I would always say 'That song is amazing. Who is it?' and no one ever knew...Years later, at a family party, this song came on the speakers and I yelled out 'IT'S THE SONG!'. I found out it was John Denver's 'Rhymes and Reasons'. If you haven't heard it, it is just beautiful and the lyrics are genius. Denver turned into Dolly, Cash, Alison Krauss, the Dixie Chicks...The more I dug into the genre, the more I realised how incredible it was.

Alison Krauss has always been a massive influence to me. As a performer you can't get much better than her. The voice of an angel. Joni Mitchell, as a song-writer she's on another level! There's a reason why she is considered a legend. Her "Blue" album is probably one of the greatest ever, you never tire of listening to it. My parents as well. This might sound corny but genuinely, my parents. As a woman, I look up to my Mum. She's so selfless and elegant. My Dad makes me aspire to be as loyal as him. There's nothing he wouldn't go for anybody. Together, they encourage and support their entire family and that's something we'll always be grateful for.

It was hard! Primarily, I chose the songs I felt the most passionate about and had the most ideas about where to go with it...Sometimes it's easier than others...For example, "Before I Die" was written about a week before I flew to Nashville and I knew straight away I wanted it to be in the EP.

Well, I really want to say Alison Krauss, simply because I love her so much! I'm in such awe of her. She's just so darn talented. Her voice is like Galaxy chocolate, so smooth. I reckon she's got a few stories to tell too...

"Vincent" by Don McLean. It's one of those where you never forget how good it is but whenever you hear it on the radio, you're always thinking 'man this is such a great song!' Lyrically it's just on another level and the melody is so simple, it's heart-breaking. We get to really focus on his vocal and the lyrics. That's the sound I always love the most. I think that's telling in the songs on the "Before I Die" EP too. When it's just simple, it lets your imagination run around and feels more personal.

You might be able to tell but I do have a bit of a soft spot for "Before I Die". I always imagine someone would listen to it when they're staring out of the window in the car or train or plane. There is so much to do and see. I remember a teacher on the last day of school telling us 'There's a bigger world outside of Romford. Go see it'. However, I think there's a favourite song I haven't written yet. I can feel it, I just need to find the right words. That's a bit cheesy isn't it? Oh well, we all love a bit of cheese!

What do you feel is the difference between UK and US country?


It seems like the style is definitely a little softer here in the UK. But that's not a bad thing! I know that there's people who point their finger and say to the UK acts 'you're not country' but...I'm from Essex. Sadly I have no idea what it's like to drive around in a truck, I don't drink whiskey and my southern accent is much less attractive than in their Deep South. So why would I try and pretend I know what that's like? If we were to judge country music solely on those themes then I wouldn't be classed as that and neither would the legends we look up to! Three chords and the truth is that familiar saying, that's the country that we know and love and I think the UK are doing a great job of flying the flag.

Hmm. Probably 'If someone tells you a secret, they trust you completely. Never break that trust. Don't be that person. Why would you want to be?' My Nan said that. Good woman.

Where would you like to see your career take you?


If I was lucky enough to be a performer every day, I would die a happy girl. I hope that one day in the future we get to see a UK country act selling out the O2. If that happened to be me?Then I'm sure I could clear my schedule!

Thanks to Lisa for her time! Lisa is undoubtedly a strong addition to the UK country scene, she has an interesting edge to her voice and I'm curious to hear what a full length release from her will bring, it will be interesting to hear how her 'sound' develops!
Email Post
Labels: Lisa Wright "Before I Die" + interview