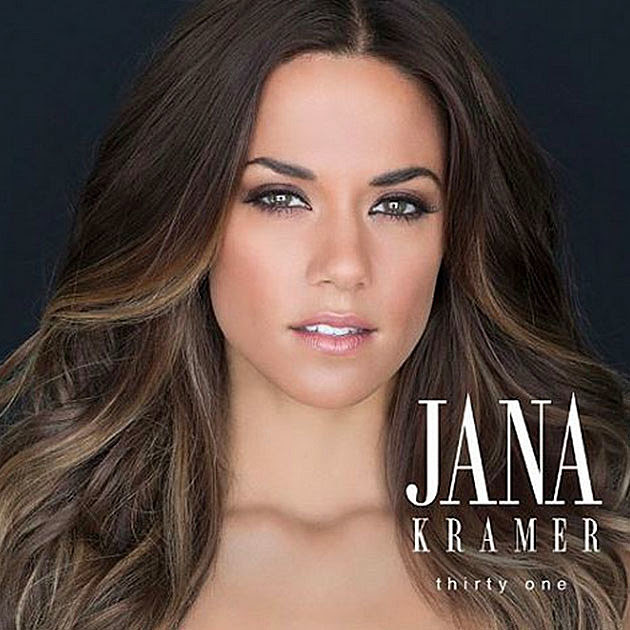 October 9 marked the release of Jana Kramer's second album Thirty One. Interestingly, the two singles from the album so far, Love and I Got The Boy are two of the slowest tracks on the album and neither have been co-written by Jana herself. It is however definitely nice to see that Jana has co-written six of the eleven tracks (only co-writing two in her previous release), giving the album a much more personal feel than her debut.

Of these two, I Got The Boy is definitely my favourite. The track has a really touching lyrical story, based around "I got the boy, she got the man". Jana manages to merge a sense of vulnerability with a strength that shows how her vocal has matured and makes for a very emotional track.

Dance In The Rain is a really gorgeous track that has fast become my favourite from Thirty One. The track also holds the best lyric from the album in my opinion, "no he ain't coming back, there's nothing to say and nothing to do but try to be brave and learn how to dance in the rain". As with I Got The Boy, Jana delivers a really heartfelt vocal and also proves that the softer, more heartfelt tracks are where she really shines. The production floats along with a soft guitar and drum line which lays a very strong base without being overpowering, really lovely track.

Whilst, overall, this is a very strong album, I felt as though there are a couple of songs that stop it being really outstanding. Pop That Bottle feels a little throwaway, Jana's vocal seems uncomfortable in the chorus and there are also a lot of repeated lyrics, meaning the song ultimately feels boring. Bullet was the other track, feeling a little messy in my opinion, from both the vocals and production. Steven Tyler's inclusion on the track is interesting but I don't really feel as though their vocals blended together very well, both having quite distinctive tones.

Overall, I'm really impressed by what Jana Kramer has released here. It feels as though she has matured as both a vocalist and a song-writer in the three years since her debut album and she clearly has a strong team around her. I wouldn't recommend this album to fans of traditional country but, if nothing else, I would suggest everybody listen to Dance In The Rain, I Got The Boy and Last Song. Very strong album, really close to being outstanding!