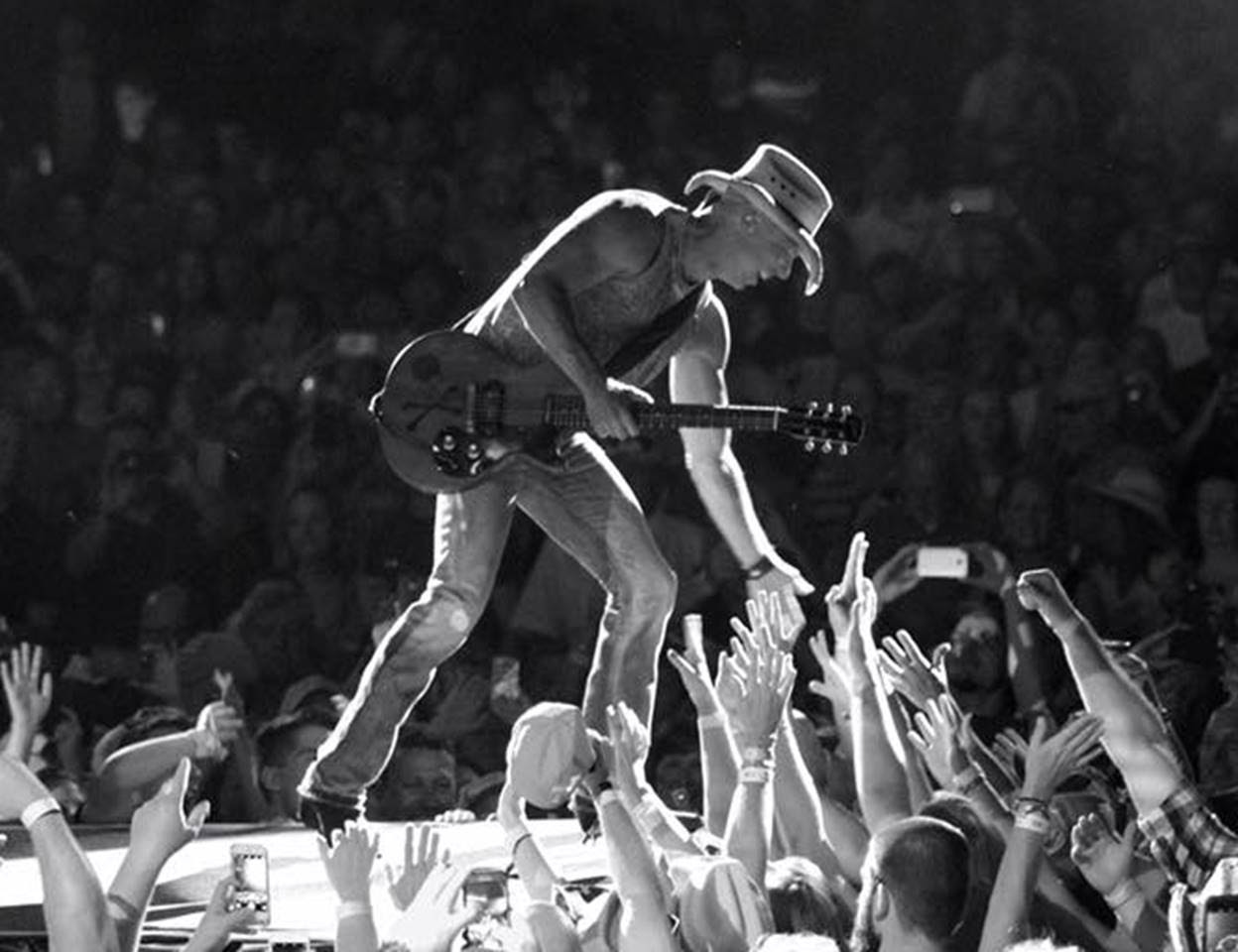 After a three month delay and a complete name change, Kenny Chesney's seventeenth studio album Cosmic Hallelujah was released on October 28. A mixed bag of an album, some of the tracks leave you wanting more and others leave you questioning the thought process behind their creation.

Whilst opening track Trip Around The Sun immediately sounds like a track you would expect to hear on any Keith Urban release, Kenny makes it his own and it is undoubtedly a strong introduction to the album. Pairing a reflective lyrical story with an incredibly catchy melody, Trip Around The Sun develops the 'island' sound that Kenny is known for but still stops the track from becoming too rocky (where, in my opinion, Kenny loses his edge) and results in a compelling listen from start to finish.

I don't normally like Kenny's rockier tracks very much but every time I listen to this album I do find myself drawn to All The Pretty Girls. I imagine this is a great track to hear live, Kenny (alongside backing vocals from Caitlyn Smith) commands a song that is rounded out by a solid, drum led production that manages to create that rocky feel whilst not overpowering Kenny's distinctive vocal. Whilst I agree with Kenny's choice in that this may not be the track to do it, I'd really like to hear more from Caitlyn and Kenny together, their voices blend really well and could certainly create a great full duet in the future!

There are two moments within this album that really stood out for me, one being the brilliant Jesus & Elvis. Complimented by strong backing vocals from co-writer Allison Moorer, the song slips smoothly along and proves that Kenny can deliver softer, more stripped back tracks like this just as well - if not better - than the rockier tracks or even his atypical 'island' sound. Kenny sounds completely comfortable throughout, without a doubt Jesus & Elvis is a track that deserves to be listened to again and again.

Kenny Chesney and Foreigner are not necessarily two names you would expect to hear in the same sentence but Kenny's cover of their hit I Want To Know What Love Is works incredibly well. Adding his own unique spin to what is at it's core a soft rock track, Interestingly not listed on the album track listing or in the linear notes, this 'secret' track with it's almost reggae styling and catchy guitar line is sure to be a hit with fans of Kenny's music, very impressive!


Whilst there are without a doubt some great tracks on the album, like I mentioned initially there are some that take the shine off it. I like the premise behind Bucket however the hip-hop style spoken verses are just frankly odd. It's a shame as you do find the chorus growing on you after hearing it a few times but unfortunately Kenny's voice doesn't lend itself to this song at all. There are no particular issues within the production itself and some tweaks to the vocal line could have actually made this quite strong. Ultimately though, it just becomes a little frustratingly uncomfortable by the end.

There is less intrinsically wrong with Rich And Miserable than with Bucket, it just feels a little average and a little grating by the end, with the overall production not really suiting Kenny in my opinion. It also feels as though there is a less lyrical depth here than with other tracks, with a lot of the lines repeated. Not one that I will be returning to, Kenny can definitely do better in my opinion.

The mix of tracks within this album creates an intriguing mix with - like I said initially - some working better than others. Whilst the album as a complete whole is not for me, Kenny should still be commended for a fairly strong release that I know has already been embraced by the country music community as a whole. From my point of view I would prefer to hear more of the 'island' style that featured so strongly in albums like Life On A Rock but will certainly be returning to this album for tracks like Jesus & Elvis, All The Pretty Girls, Trip Around The Sun, I Want To Know What Love Is and Some Town Somewhere.