There has been an array of 'C2C Roadshow' shows over the past few days and last night saw the last UK show from Kristian Bush, Levi Hummon and Twinnie (Lindsay Ell having left the tour a few days earlier).The venue for the evening was London's Bush Hall and, whilst it is a venue I have been to before, that was not for a number of years so I was intrigued to re-immerse myself - on a side note I would definitely recommend the Bush Hall Dining Rooms next door for anyone who wants to get some food before a show! Originally billed as a standing show, it was a pleasant surprise to arrive at the venue and find seating set up which allowed for a much more comfortable experience. 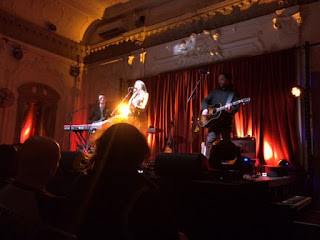 British country music artist Twinnie (full name Twinnie Lee Moore) was the first to take to the stage. I had only had limited exposure to her music before last night so wasn't really sure what to expect but she delivered a high quality set only slightly marred by too high a level of echo on her mic which sometimes lost the clarity behind her vocal. Closing her set with a song where she really shone, the emotive and delicate Lie To Me cemented an overall impression of a talented artist who is a welcome addition to the UK country music scene. 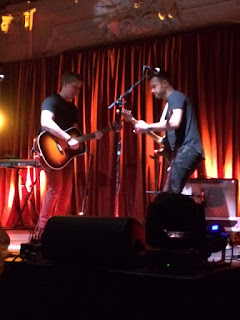 Nashville native Levi Hummon was the next artist to take to the stage. Already no stranger to UK shores and an increasingly popular artist over here, Levi confidently performed some of his most popular songs and slipped two covers into his set - brilliant performances of Tom Petty's Free Fallin' and Keith Urban's Days Go By.  Both Levi and his band member Derek Drye are evidently consummate guitar players and this was certainly showcased throughout the set with upbeat performances of songs like Stupid and new single Songs We Sang blended well with a touching rendition of the lovely Love Heals. I will certainly be keeping an eye out for Levi's debut full-length release, a distinctly promising artist. 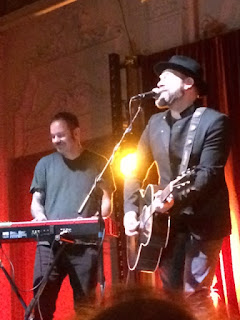 Having followed both Sugarland as a duo and Kristian's solo work for a number of years I knew we would be in for a great set from Kristian but his performance surpassed even my expectations. One of the rare artists who actually arguably sounds even better live than on an album recording, Kristian delivered one of the best live performances I have had the pleasure to experience, taking the assembled listeners on a journey through some of Sugarland's biggest hits (opening with Stuck Like Glue and closing with Baby Girl) alongside an array of his own impressive solo music. Having last seen Kristian as part of the line-up for Country To Country's inaugural year (and, as such, before his solo album was released) it was great to see him build upon that performance with an exuberance and overall talent that crafted a brilliant set and drew each listener in - although he did good-naturedly tease one audience member for looking uninterested!

With brother Brandon Bush alongside him on stage, the duo looked to be really enjoying themselves with a natural rapport and confidence - alongside Brandon's hilarious comic timing - that made the relatively intimate venue feel even smaller.  I was able to catch up with Kristian backstage in between sets and, having requested House On A Beach, it was great to subsequently hear that live alongside tracks from his solo album including Make Another Memory and Giving It Up. New song Bar With A Pool In It was also one of the highlights, the comic lyric being performed effortlessly and the song immediately being warmly embraced by the assembled audience. 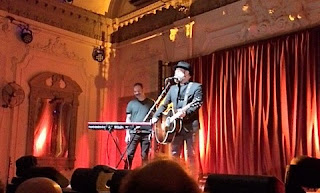 Unfortunately we had to leave at the end of Kristian's set and as such missed the combined encore from the trio but even without the encore it was a night full of brilliant music performed by passionate artists. A huge thank you to the artists, their teams and everyone else involved!
Email Post