Josh Turner - "I Serve A Savior" 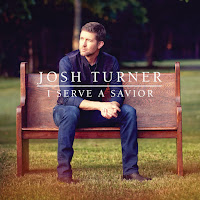 How Great Thou Art sees the second of two appearances from Sonya Isaacs. Sonya's tone offers a compelling balance to Josh's distinctive deep timbre and adds another dynamic to the track as a whole. The relative softness of the production suits the overall track well and allows both Josh and Sonya's vocals to travel comfortably through the song as a whole.

Overall this is certainly a strong album and will likely be welcomed by both fans of Josh's and fans of Christian music. Classic tracks are blended with the new to create an intriguing, thought provoking release.
Email Post
Labels: Josh Turner "I Serve A Savior"